This footage showing young bulls being brutally tortured and killed has been
released by animal rights activists ahead of a massive demonstration in
Madrid.

Laura Duarte, a spokesperson for animal welfare party PACMA, said: “Although
we all have images of bullfighting ingrained in our minds, often events take
place in small villages where we have no idea of what goes on.”

The demonstration is planned for 15th September in Madrid’s central Puerto
del Sol and this year will focus specifically on what are known as
“becerrados” where bulls younger than two years old, many still feeding from
the teat, are systematically tortured and killed. 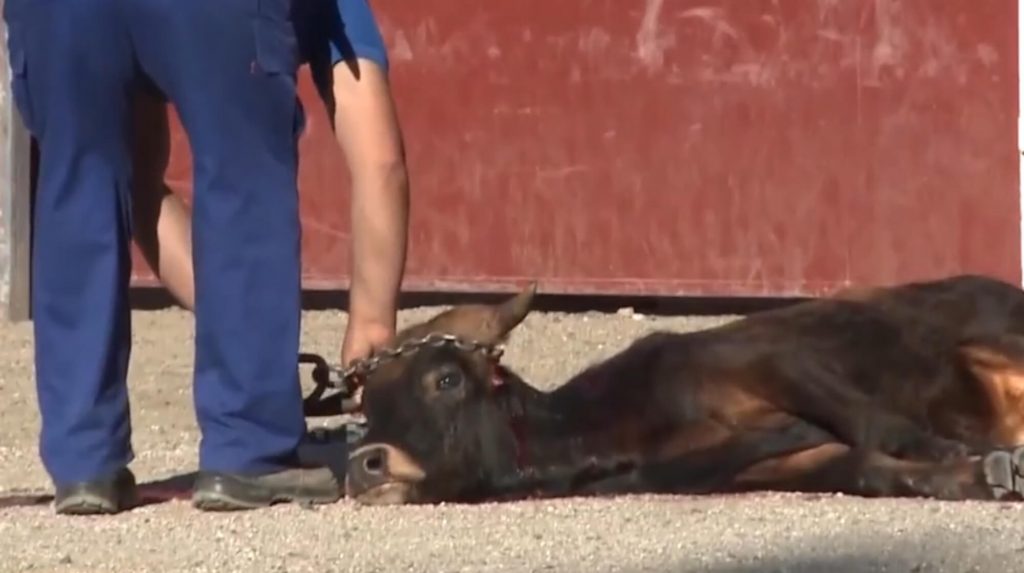 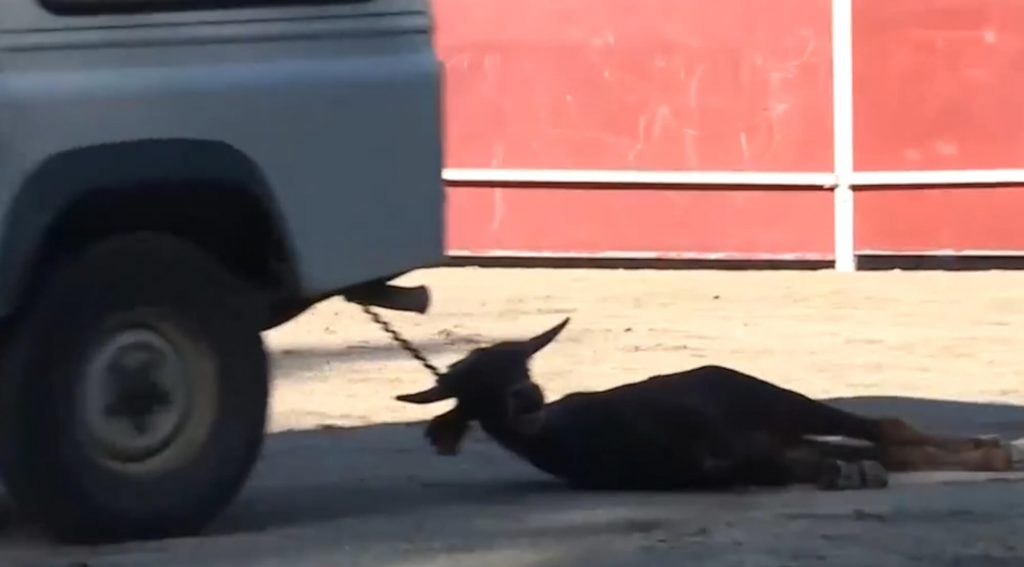 PACMA claim that this type of festivity is so barbaric that it is even
rejected by many people from within the world of bullfighting.

PACMA presented a video filmed at the village of San Rafael in Segovia
province, just 43 kilometres (26 miles) from Madrid.

It shows disturbing images of young bulls, not much bigger than a mastiff
dog, being tormented, pierced with sharp lances, stabbed with swords, and
finally finished off with a dagger in the back of the neck, before being
dragged from the ring.

Lawyers from PACMA denounced a series of irregularities ranging from the
mistreatment and humiliation of the bulls to the participation of villagers
who were not official participants in the event. All this takes place,
according to the spokesperson, under the influence of “rivers of alcohol.”

The animal rights demonstration has become an annual event, although this
year it is expected to be the largest ever such gathering with thousands of
participants expected to arrive from all over Spain.

Previous demonstrations have focused on banning the infamous “Toro de la
Vega” festival in Tordesillas in Valladolid province, central Spain, where
dozens of villagers armed with lances and spears stab and chase a bull down
to the banks of the river Duero. In 2016, the Regional Government of Castile
and Leon finally prohibited the actual killing of the bull, although the
chase is still legal.

Animal rights activists have vowed to shut down all village fiestas which
involve the mistreatment of animals, “one by one.”

As well as demonstrating, PACMA have also adopted a political strategy
calling for the government to have the “political courage” to pass a general
animal welfare bill which would unify regulations which vary dramatically
between each of Spain’s 17 regional governments.

In Catalonia, for example, the autonomous government has banned
bullfighting, although critics argue that this has much to do with the
Catalans’ desire to distance themselves from Spanish culture as it does with
animal welfare.

In May 2017, PACMA presented its own “Zero Law” to the Spanish parliament
which would include the torture of bulls in animal welfare legislation.

Spain continues to be starkly divided on the issue of what some see as
tradition, and others  consider to be sheer barbarism.