A tourist has been arrested and handcuffed for refusing to get out of the
sea at a beach where lifeguards were flying red flags to warn swimmers that
it was too dangerous.

An eyewitness with a smartphone filmed the incident on a beach on the Costa
del Sol at the village of Daimus, near the town of Gandia, in eastern
Spain’s Province of Valencia.

The swimmer, who was in his mid-20s and from the Spanish capital city of
Madrid, had ignored the warning flags and gone into the water for a dip. 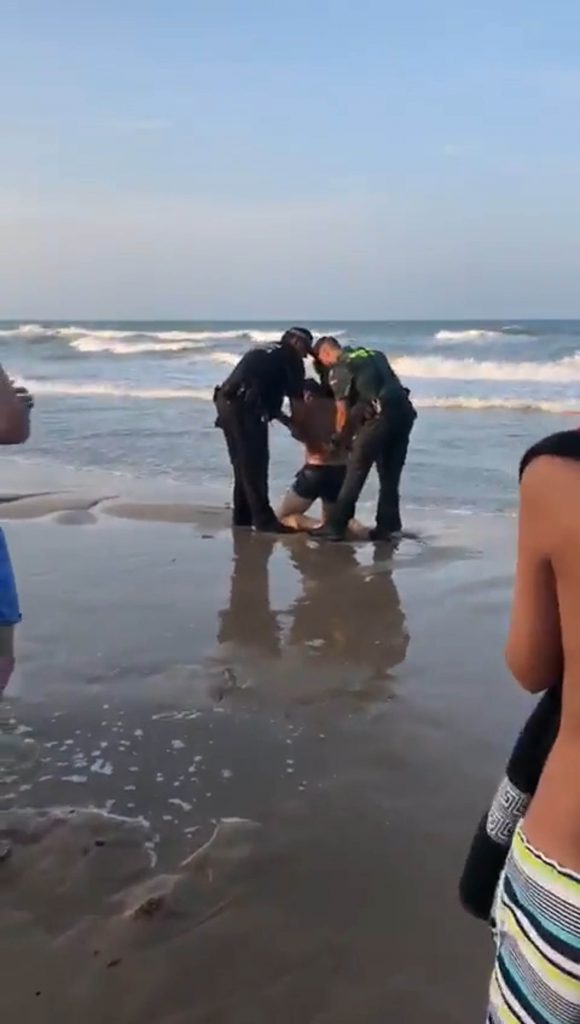 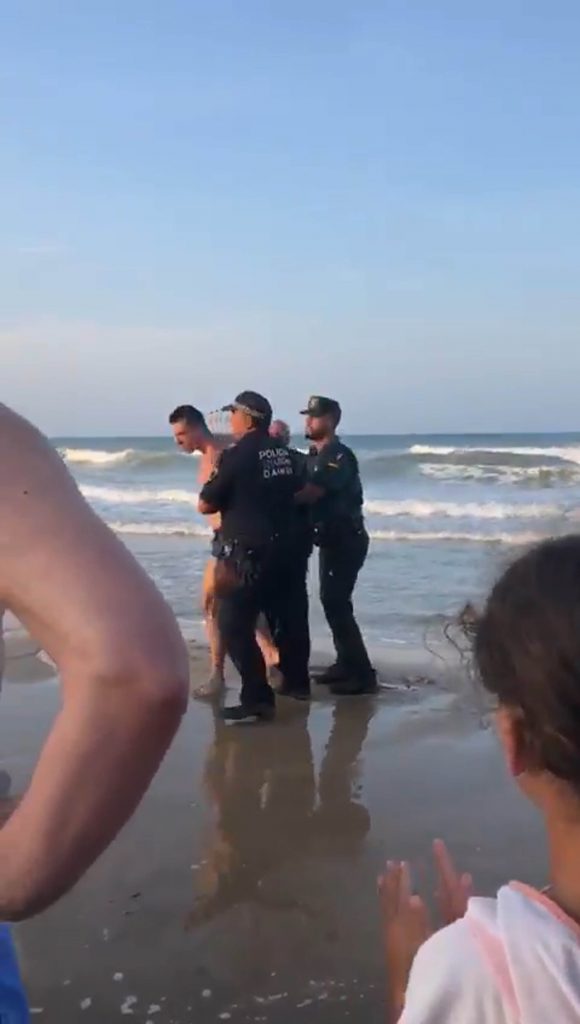 After he refused to return to the beach, lifeguards called the Spanish Civil
Guard and officers quickly arrived and began talking to the man from the
shoreline in front of a growing crowd of beach-goers.

After 30 minutes of negotiations, one cop waded into the sea to drag the man
back onto the beach where his colleagues roughly pushed him to his knees
before putting his arms behind his back to handcuff him.

Police formally arrested the man and charged him with disobedience. He could
face a fine of up to 3,000 EUR and a prison sentence of up to 12 months.

The tourist reportedly told cops that he was a strong swimmer and had stayed
near the beach to ensure that he did not get into difficulties.

The man, whose name has not been released, was staying in a local apartment
with a group of friends, all from Madrid.

A police spokesman said: “What he said to us was that he wanted to take a
swim and it did not matter to him whether of not the red flag was there.”

One eyewitness, who declined to be named, said: “He came out of the water
shouting insults”, while another added: “It was bizarre.”

The Mayor of Daimus, Francisco Javier Planes, said it was the first time
anybody had been arrested for ignoring a red flag in the village where the
winter population of 3,000 grows to 20,000 in the summer.

Mayor Javiey Planes said: “There are guys that stay out there, but when
lifeguards tell them to get out they tend to get out. And as soon as they
see police, they obey.

“It is a serious matter because not only was he risking his own life, he was
risking the lives of those who would have to go in after him in the event of
trouble.”