Surprised beach-goers captured the moment a boat full of African migrants
lands right on the sand and dozens of people jumped off and ran on shore.

The incident took place on the beach of Fontanilla, in Conil de la Frontera,
in the southern Spanish province of Cadiz in the region of Andalusia.

The footage shows the boat approaching the shore of a beach, where people
can be seen lying on their towels. 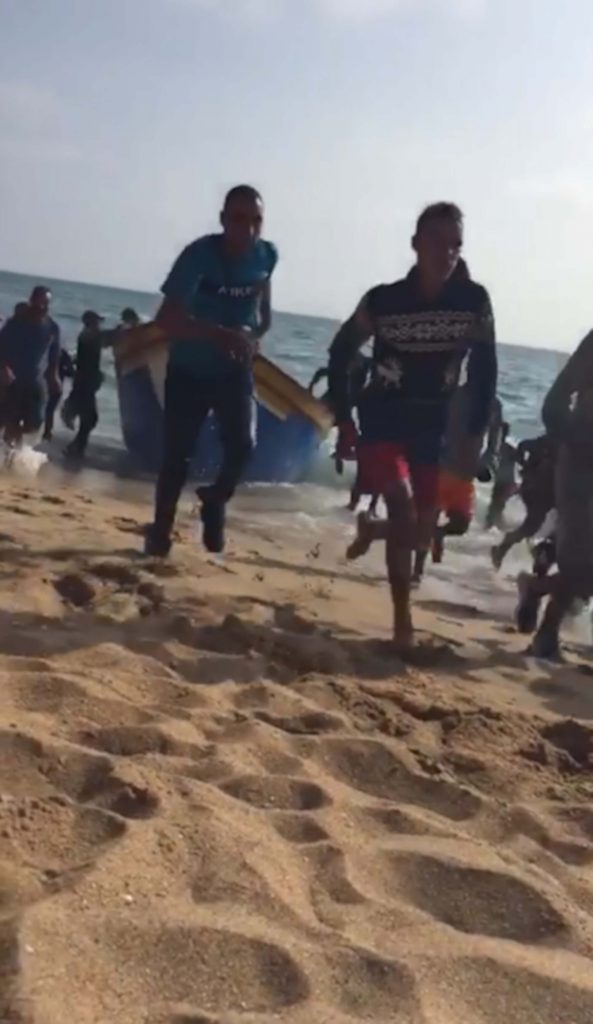 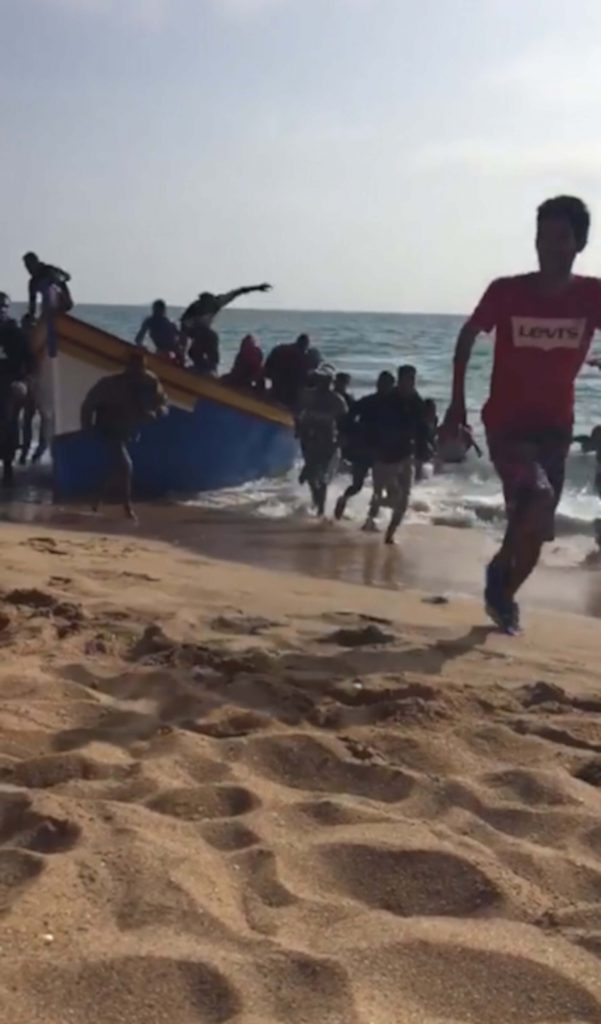 The nose of the boat wedges into the sand and everybody inside quickly jumps
off into the water and runs across the sand.

Some of them even wave to the beach-goers, who wish them luck and offer them
water.

This is the moment a boat full of migrants are seen unloading in another
beach southern Spain trying to cross Spanish border.

According to local media, Spanish authorities detained the immigrants soon
afterwards near the beach and in surrounding areas. Around 13 of those
caught are said to be minors.

This incident comes just one day after another boat carrying 44 immigrants
got stuck near the coast in the same municipality and were unable to reach
land. The boat was rescued by Spanish authorities, who escorted them to a
safe place.

The video of the rescue shows the black boat being accompanied by the
Spanish Civil Guard only few metres from the shore.

Local media report that at least 500 migrants have landed on the Andalusian
coast on 18 different boats since Friday.