Holidaymakers have recorded the moment a landslide crashes down behind them
as they relax on a beach in Tenerife.

The landslide occurred on the Mesa del Mar beach, near Tacoronte on the
north side of Tenerife, in the Canary Islands, Spain.

In the video, a cloud of dust can be seen engulfing the cliffs behind the
beach as surprised tourists look on.

Local media report that rocks of varied sizes came crashing down the slopes
during the landslide. 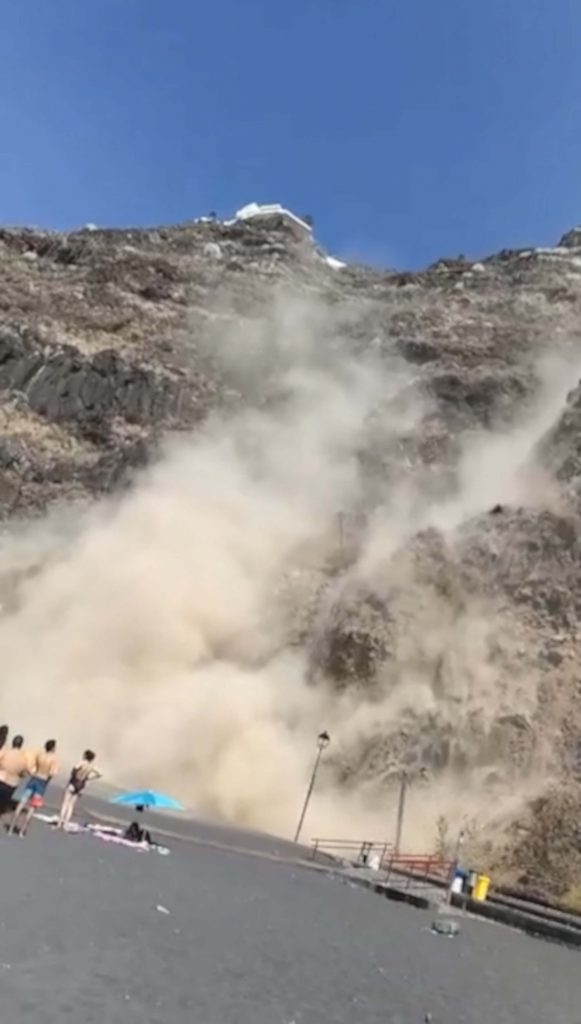 Within minutes of being warned by the local police the mayor of Tacoronte,
Alvaro Davila, appeared at the scene accompanied by member of the Civil
Guard, and local Civic Protection officers, as well as the engineer who had
supervised safety work on the slopes following a similar landslide in 2015.

The beach was immediately closed, and remained closed all weekend before
being re-opened between 11 am and 7 pm but only in specific areas.

The video shows a team working on the cliff, sending a huge boulder tumbling
to the ground as they try to make the area safer.

The council warned bathers to adhere strictly to the signs indicating which
parts of the beach were accessible.

The Mayor explained that in 2015 extensive wire meshing had been placed
across the cliff slope. He argued that “the meshing had worked as the rocks
fell between the spaces that had been left on the slopes.

Sections of the beach remained closed until further notice and nobody was
injured in the incident.