This is the moment a boat transporting migrants to Europe lands on a busy
Spanish beach before they sprint away from the scene.

The startling scenes were recorded by an onlooker at the Barrosa beach in
the municipality of Chiclana, in the southern Spanish province of Cadiz.

In the video, an inflatable boat carrying dozens of immigrants can be seen
making its way to shore when it lands at the end of the busy beach. 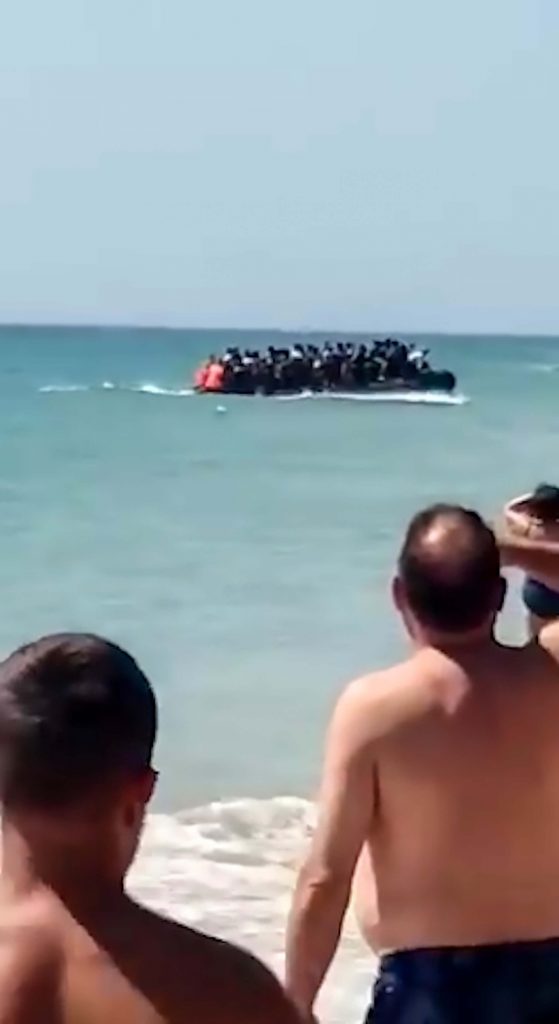 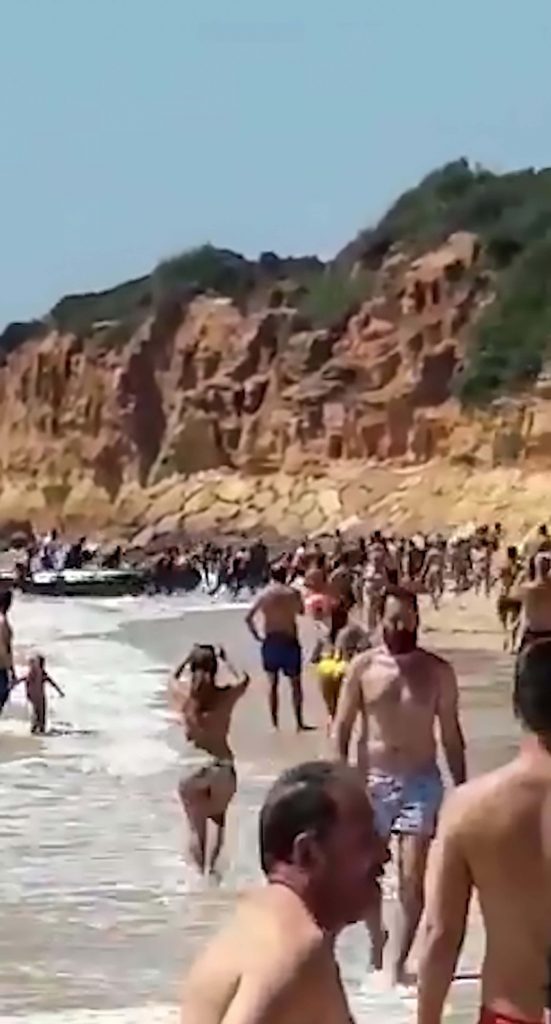 The immigrants runs off the boat and can be sprinting away from the sea,
with some running along a nearby cliff face.

Local media report the majority of the immigrants were minors and around a
dozen of them were attended to at a nearby hotel.

The Spanish Civil Guard have begun an operation to find the immigrants,
according to city council officials.

The incident comes after Marine Rescue Service recently rescued 58 migrants
on board a boat in the Gibraltar Strait.

Local media report 500 migrants have landed on the Andalusian coast on 18
different boats since Friday.