This is the huge cocaine stash that cops have found hidden inside
pineapples.

The startling discovery was made at the MercaMadrid market in the Spanish
capital, Madrid.

In the video, police officers can be seen smashing open pineapples on the
ground to reveal packets of cocaine hidden inside. 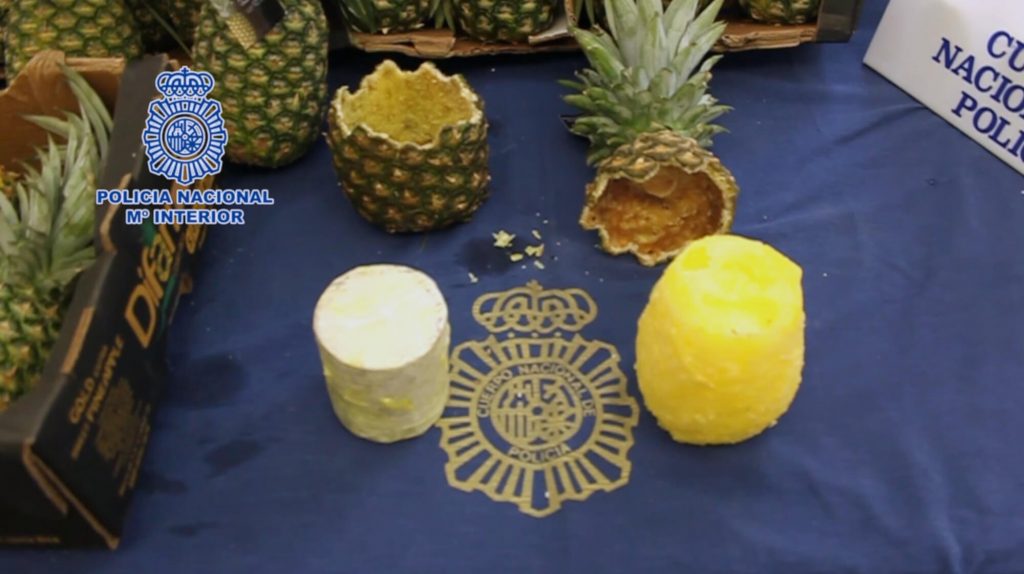 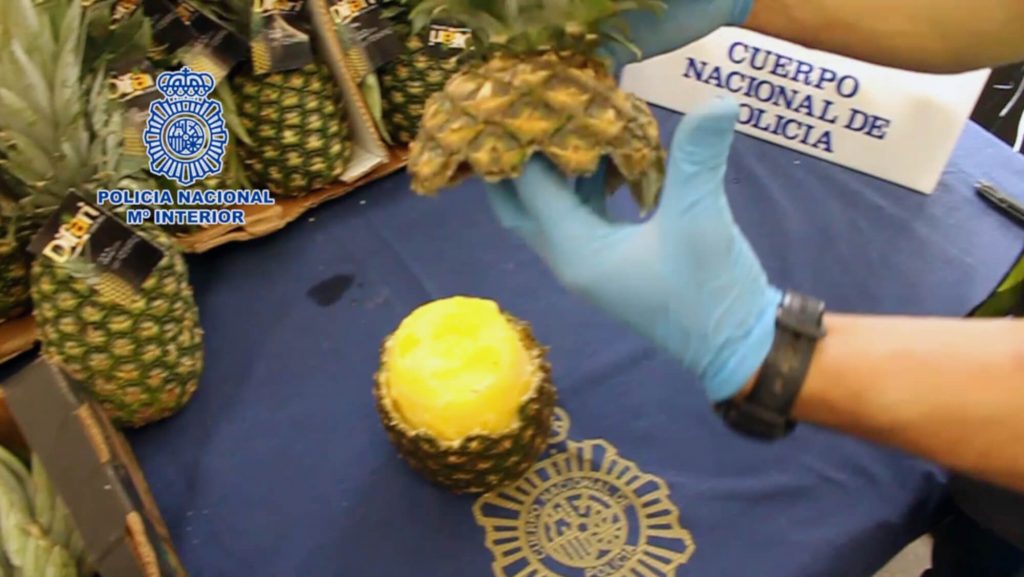 Police officials told local media that the fruit had been hollowed out and
filled with cylinders of cocaine that had been placed in paraffin baths to
cover its smell and prevent it being detected.

The officers reportedly had to open every pineapple in the batch to check
for cocaine and those containing drugs were carrying between 800 and 7,000
grams (28 – 246 oz) of cocaine.

The investigation ended with the arrest of three people in Madrid and four
in the city of Barcelona all on suspicion of drug trafficking.

Investigators found that a company that imported fruit from Latin America
had allegedly been using their imports to bring drugs into the European
Union (EU).

The pineapples that were found to be carrying cocaine had arrived in the
Portuguese port of Setubal from Costa Rica before being driven to
MercaMadrid, a major market in the Spanish capital.

Officers found 67 kilogrammes (147 lbs) of cocaine in total during the
seizure, according to reports.

Local media report that other raids have found drugs hidden among fruit in
Madrid but the traffickers have only recently begun hiding the illegal cargo
inside the fruit.