This is the horrific moment an angry bull attacks a tourist by repeatedly
goring and tossing him into the air like a rag doll during a bull-running
festival.

The shocking incident was captured on camera by an eyewitness with a
smartphone at the ‘Bous al Carrer’ (Bulls on the Street) festival in the
village of Ademuz in eastern Spain’s Valencia region.

The smartphone footage shows the bull, with blazing wooden balls attached to
its horns, repeatedly goring the man and tossing him into the air, and
trampling on him. 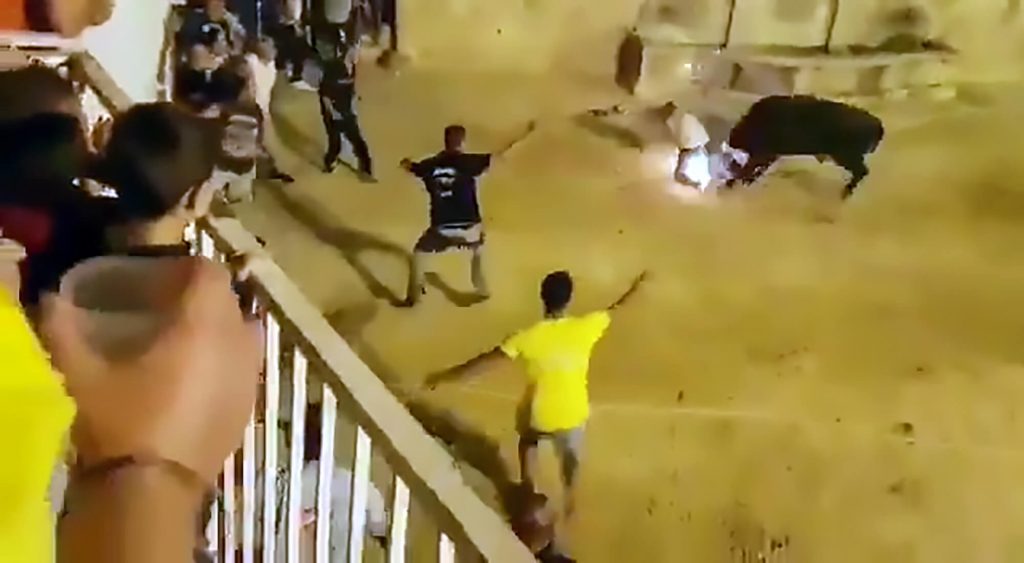 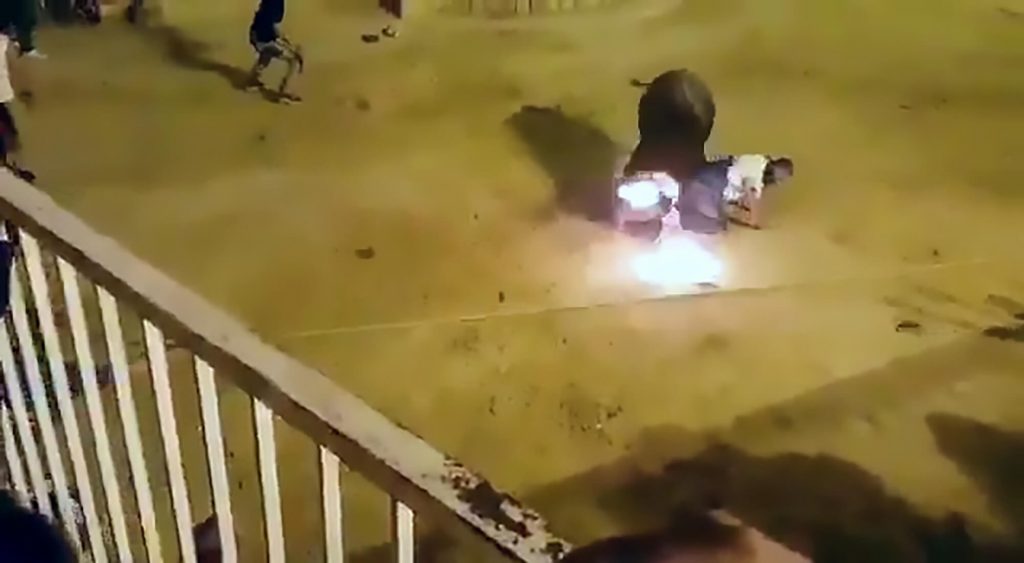 Onlookers try to distract the bull away from the man but it would not be
diverted away from its ferocious attack on the holidaymaker.

The 45-year-old man, whose name has not been released, is being treated in
the intensive care unit of a hospital in the nearby city of Zaragoza.

Doctors say he received multiple injuries, including a brain clot, but he is
responding to treatment and is out of danger.

The tourist, who was staying in the nearby village of Campillos de la
Sierra, had come to Ademuz for the party that marks the last day of the
festival. It was suspended following the incident.

Local officials said all of the correct safety precautions had been followed
and the man had been rushed by ambulance to a hospital in the city of Teruel
before he was transferred to Zaragoza.

“He was not a rookie, he had participated at other times, he is an amateur
who usually comes at this time,” a spokesman for Ademuz Town Hall said.

It happened within days of an incident at another bull-running festival in
the village of Chiva, also in Valencia, where a bull charged spectators in a
narrow street after it escaped when one of them slapped it on the body.

Two people had to be taken by ambulance to hospital but neither of them
suffered serious injuries.