This is the shocking moment rampaging bulls charge and injure festival goers
during a chaotic running of the bulls event in Spain.

The incident took place during the ‘Pilon Bull Run’ in Falces, a town in the
northern Spanish region of Navarre. The event is considered Spain’s second
most popular running of the bulls spectacle after Pamplona.

According to reports, two people were badly gored and sent to the Hospital
Complejo de Navarra while 10 others required treatment for minor injuries. 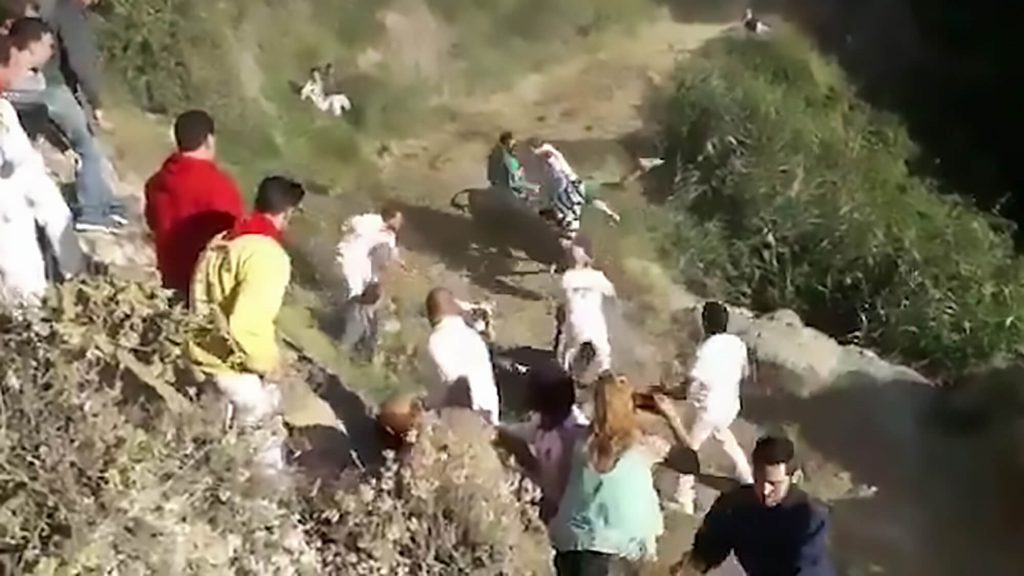 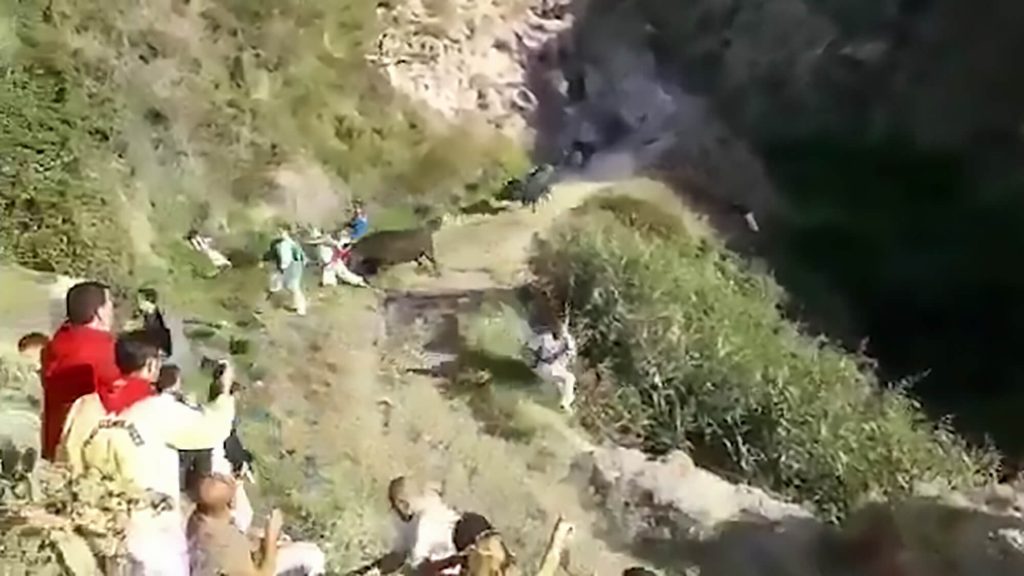 The bulls were taking part in an 800-metre race when several left the route
and charged spectators.

After 20 minutes, organisers announced the suspension of the bull run.
According to reports, at least five animals still remain missing.

Local media said that 70-year-old Jose Maria ‘Pituto’ Goni was gored in his
arm – as seen in the video – while Emilio Ramos was also badly injured by
the runaway bulls.

Eyewitnesses told reporters that the local authorities used tranquiliser
darts to capture some of the wantaway animals.

In video footage, a herd of bulls is seen chasing several festival goers as
the pack’s leader charges Jose Maria and gores him on the ground before the
elderly man’s son intervenes.

As several men grapple with the stocky animal, it manages to break free and
sends one festival goer high into the air before running off.

At present, there have been no further updates from organisers about the
incident.