This stuffed lion that was being sold online for 5,995 EUR has been seized
by police who are investigating its owner for trading in endangered species.

Officers belonging to the Nature protection service of the Civil Guard in
Barcelona, in the eastern Spanish region of Catalonia, confirmed they had
seized the stuffed African lion that was on sale on a website for second
hand products for 5,995 EUR (5,364 GBP). 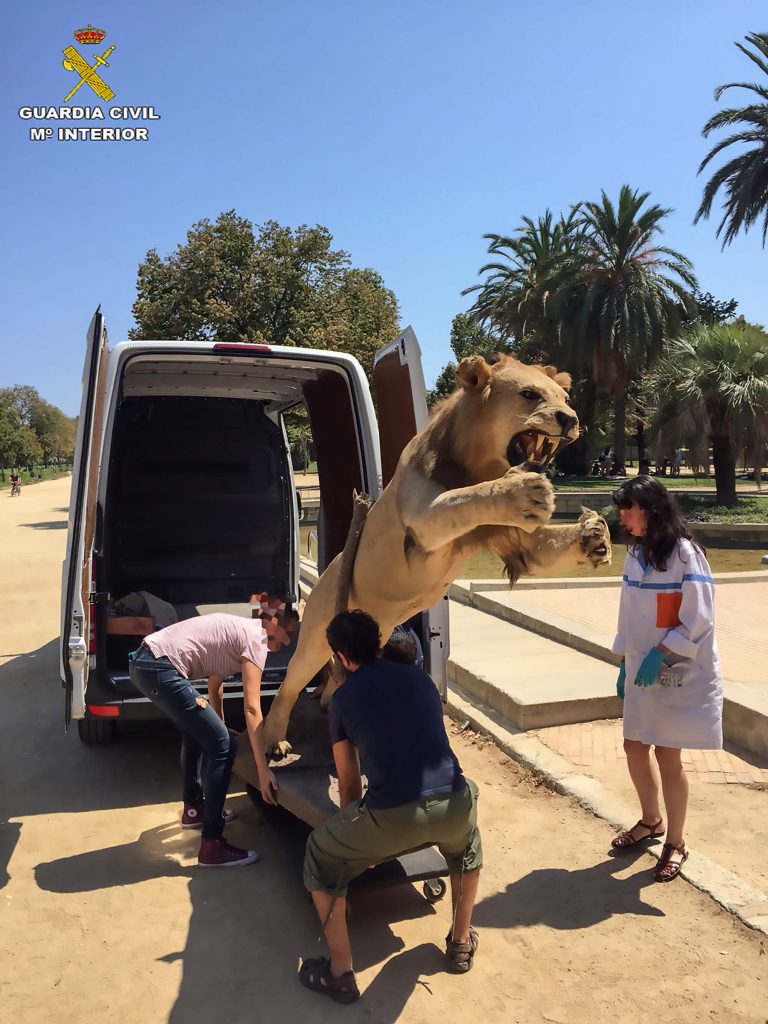 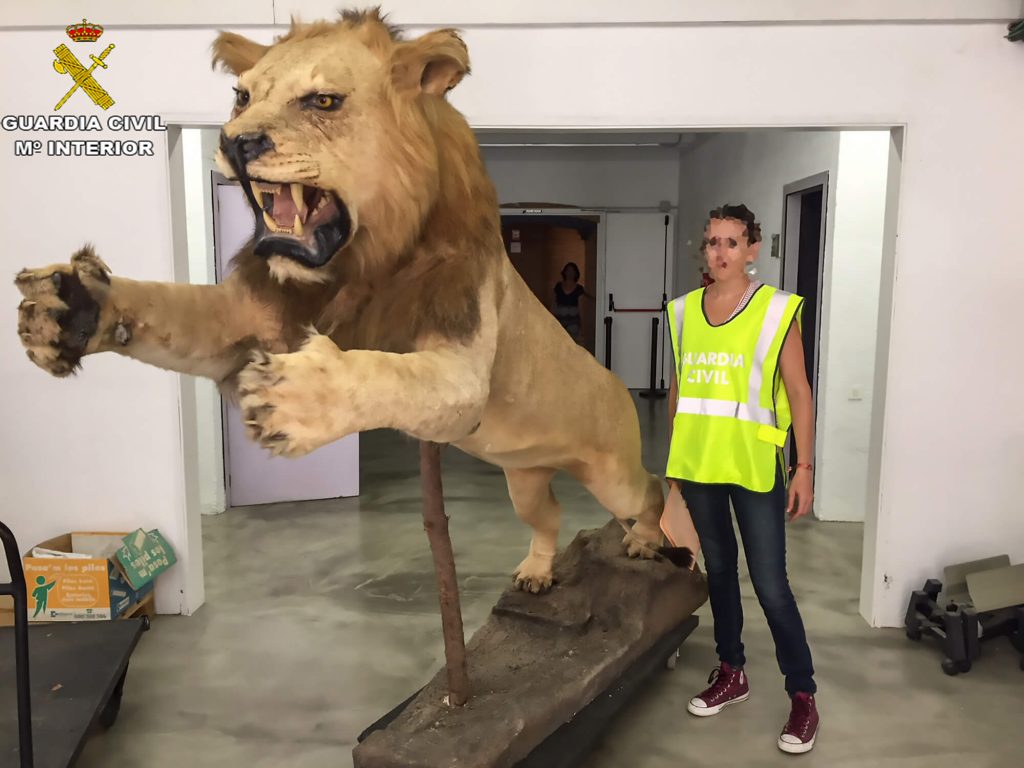 The investigation started in July this year when officers discovered that
the stuffed African lion in an attack position was being offered from a
seller in the town of Castedefels, in Barcelona province.

Officers contacted the owner by phone and agreed a meeting in order to find
out if it was a genuine offer.

On 3rd August, officers confirmed that it was actually a real stuffed
African lion, described as male adult with its body preserved in good
condition. The only problem for the seller was that it was illegal because
the animal is considered a protected species by the Convention on
International Trade in Endangered Species (CITES).

According to the owner, her father in law, who is already dead, hunted the
animal in Namibia in the 90s and then had it stuffed, and she later found it
after his death in a junk room at his former home.

The owner, whose name has not been revealed, is under investigation for
trading in endangered species without having the proper paperwork and
permits.

The stuffed lion was taken by officials to be further examined and then it
was sent to the Science Museum of Barcelona where it is believed it will be
put on display temporarily while the fate of the exhibit is discussed.