The family of a 55-stone man are suing a hospital for negligence after he
was sent home in a removal lorry because he was too heavy for an ambulance.

The plan to move Teofilo Rodriguez, 34, who weighs 350 kilogrammes (55
stone), back home after treatment at a hospital in the town of Manises, near
the city of Valencia, in eastern Spain, proved disastrous.

First the hospital hired the removal lorry because he was too big for the
ambulance, then they found his special hospital bed was too big to go
through the doors of his home. 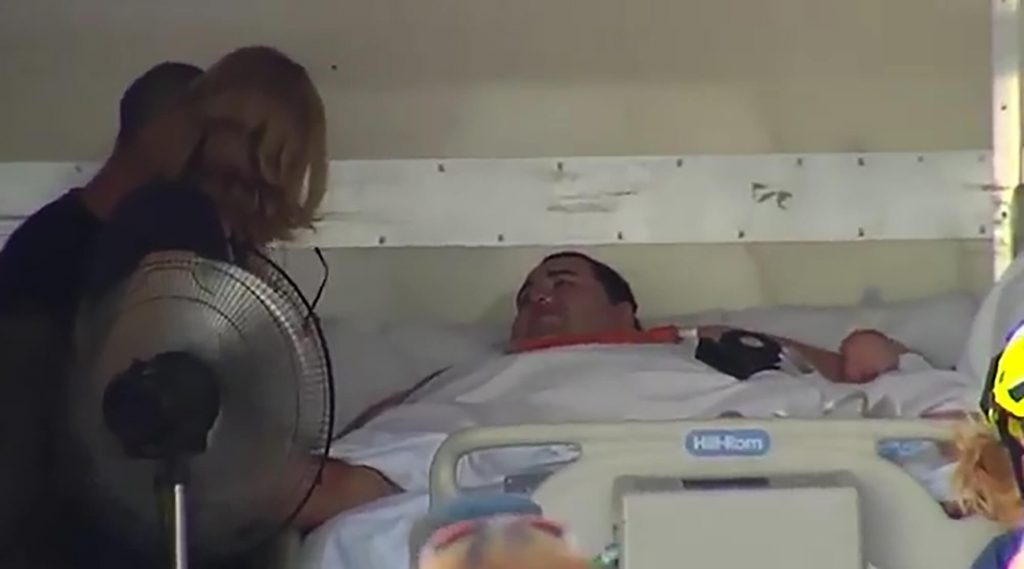 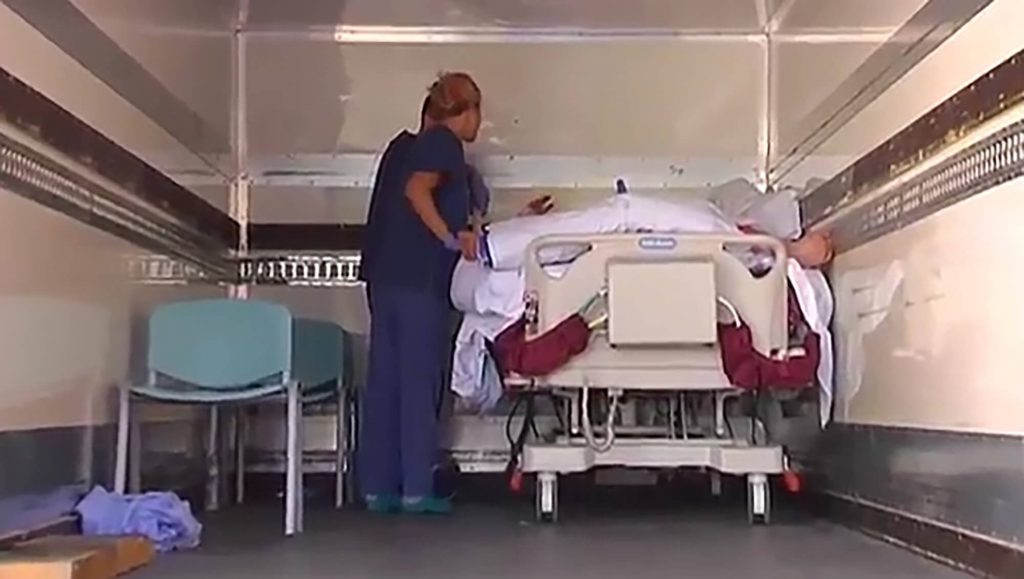 Mr Rodriguez was stuck in the back of the lorry for hours while health
workers tried to decide what to do with him – sparking protests in the
street about his treatment.

And, after a brief spell in the waiting room of a medical clinic, he ended
up back at the hospital in Manises where he was readmitted.

The patient’s sister, Devora Rodriguez, blasted: “They transported him like
an animal, in a lorry with no ventilation.”

When they got home, they could not get the hospital bed through the door of
the family’s house, leaving him stranded in the lorry for several hours. Mr
Rodriguez started suffering from shortness of breath in the back of the hot
lorry where friends and family brought him cold water and tried to fan him
to keep him cool.

And people ended up protesting in the street about his treatment, chanting:
“We are people not animals!”

In the end, civil guards, firefighters and local cops all became involved in
the operation to try to work out what to do for the best with Mr Rodriguez.

He was moved temporarily to the waiting room of a local paediatric clinic –
but even then they had to take off the doors to get him inside the building.

And eventually, with the whole experience taking its toll on the patient, it
was decided to take him back to the hospital at Manises where he was
readmitted.

A hospital spokesman said that Mr Rodriguez had “at all times received the
correct treatment that corresponded to his needs.”

But local health watchdogs have written to the public prosecutor in Valencia
demanding an investigation while his family are suing the hospital.

Mr Valencia had been able to walk and lead a relatively normal life up until
two months ago when his weight ballooned and he became immobile, suffering
difficulty breathing.