This is the heartbreaking moment firefighters discover a starving puppy
alongside its dead sibling after they fell into an underground sewer.

The four-month-old puppy that was still alive was suffering from exhaustion
and starvation, but is reportedly responding well after it was rescued by
firemen in Malaga in southern Spain.

Rescuers got the alert in the early afternoon when a group of children heard
barking and spotted the puppy at the bottom of the storm drain. 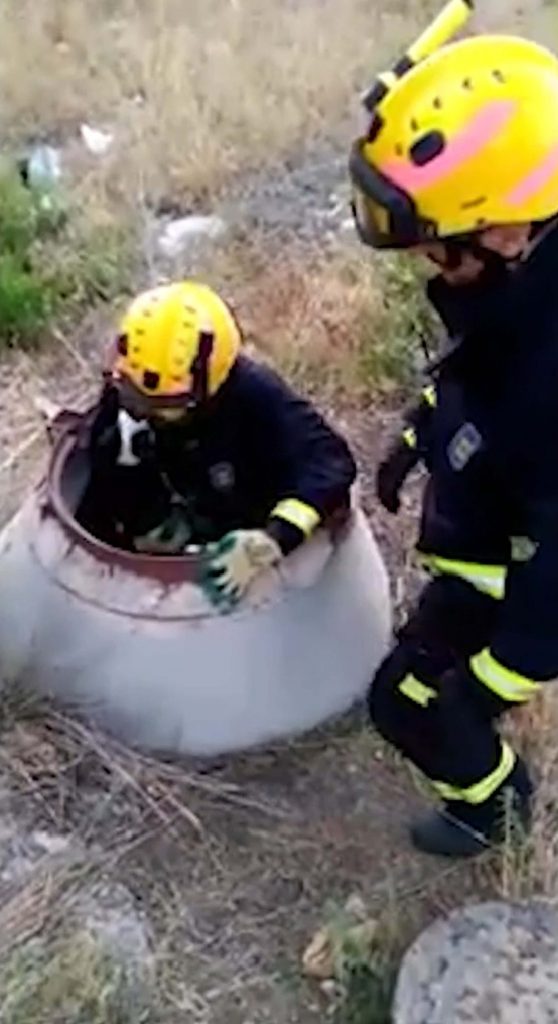 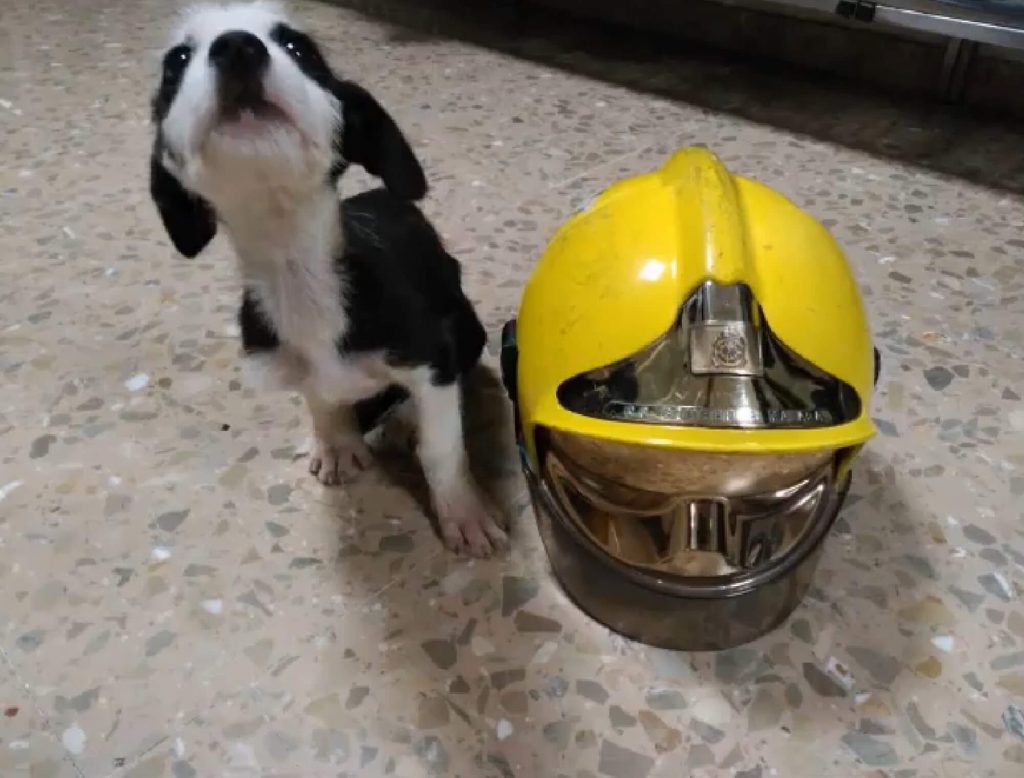 Fireman who then entered the underground network found the dog next to the
dead body of another puppy.

They named it Ginebra and said it was clearly malnourished and infested with
parasites, and with a wounded paw.

Video footage shows two fireman carrying the tiny puppy out and up a ladder
where they were greeted with cheers from spectators.

It is not clear how the two puppies had got into the drainage network which
collects storm water from the nearby Caliza Street.

Some have suggested that the mother may have put chosen to give birth there
as it was a relatively protected space, while others have theorised that
they were thrown in by persons unknown.

The surviving pup was taken to the Malaga Fire Station and fed and cared for
by the firefighters themselves for the night. The following day Ginebra  was
transferred to an animal rescue centre.

The Malaga Protector of Plants and Animals, Carmen Manzano, said that “more
than anything now, she needs a home.”

Stray dogs have become a real issue in Malaga with over a hundred dogs a
week being brought to kennels throughout the province. Most of these will be
put down for lack of permanent homes.