This church painting of Jesus Christ on the cross has caused a stir on
social media as it appears to show him with a huge penis rising up his
abdomen complete with testicles.

The bizarre painting was spotted by Spanish journalist Nieves Concostrina in
the Santa Maria del Mar Catholic church in the coastal village of Cabo de
Palos in the southeastern Spanish region of Murcia.

In the photos, Christ can be seen on the cross with his arms spread but
where his abdomen should be there is a large, penis-shaped object running up
his stomach. 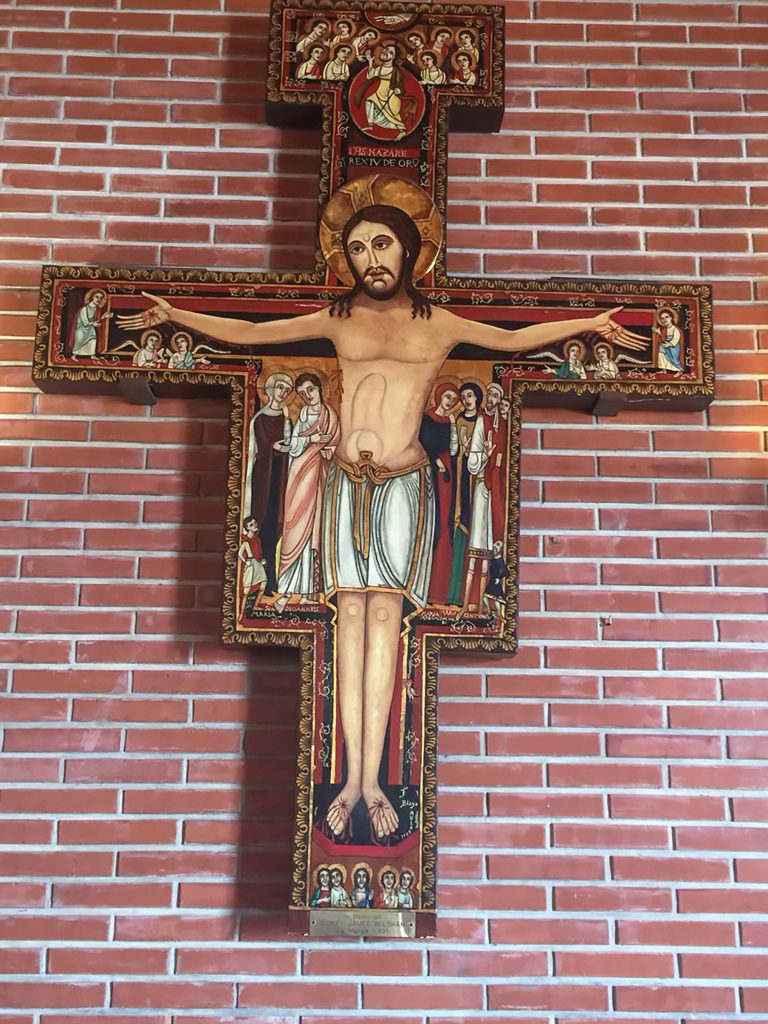 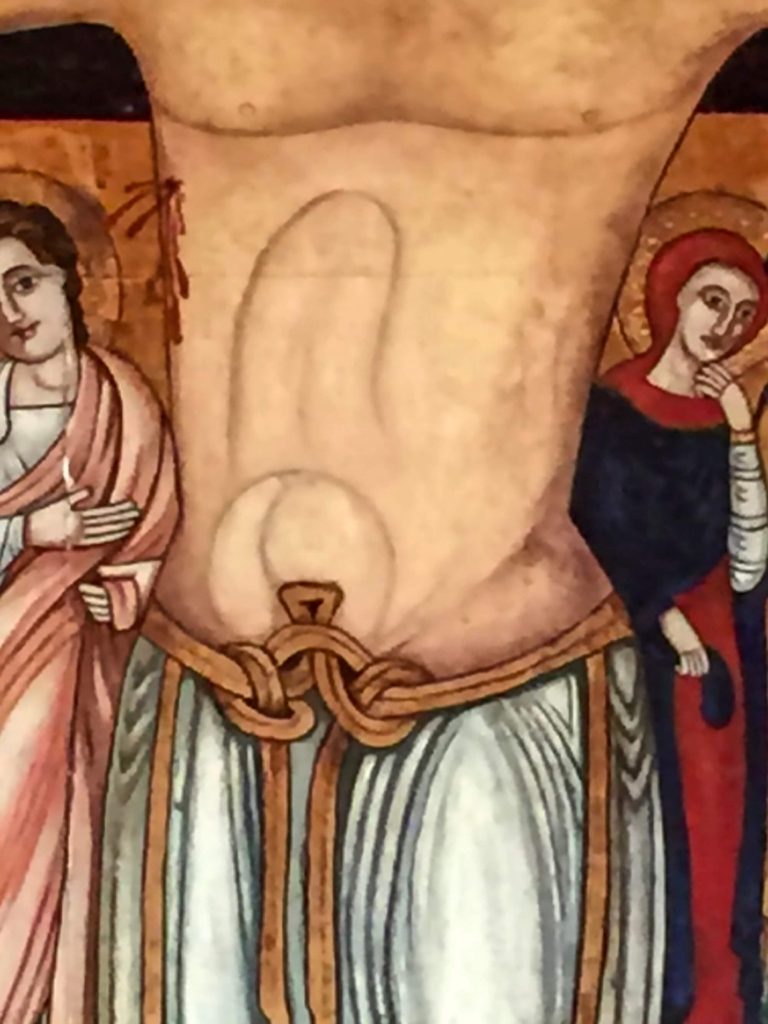 The phallic shape is complete with a circle at its base which appears to
have been divided into two parts that resemble testicles.

Concostrina, who works for Spanish radio station Cadena Ser, posted the
photos to social media with the caption “crazy”.

The photos have had over 1,400 likes and 900 comments in just a few days on
social media.

Journalist Concostrina commented: “Okay that is a copy of a Medieval Christ
from the 12th century, but could they not have copied another?”

Netizen ‘Julichi’ commented: “Who is the artist behind this pornography?”

And ‘Barrio Tuetano’ added: “I don’t believe it…”

While ‘Xubass official’ wrote: “And what do you think those in the
background are gossiping about?”

’14_Albertini’ added: “Drink and Eat all of you, he said lifting his shirt
in the middle of supper.”