Police have arrested one of Spain’s most dangerous suspected paedophiles
wanted for abusing  little girls and shared the footage after he was tracked
down by his distinctive hands and tattoo.

The 46-year-old Romanian man was arrested by National Police in a town near
the Spanish capital city of Madrid.

He is accused of sexually abusing five girls, aged between five and
seven-years-old, filming the abuse and distributing the images on the TOR
network.

The TOR network is an anonymity network which makes it more difficult to
trace Internet activity to the user. The name is derived from an acronym for
the original software project name “The Onion Router”.

According to local media, this network is used by paedophiles to exchange
all kinds of content and information related to their aberrant activities.

According to the Directorate General of Police, the arrested man, who has
not been named, is considered by investigators to be one of the “most
dangerous” paedophiles in Spain in recent years. 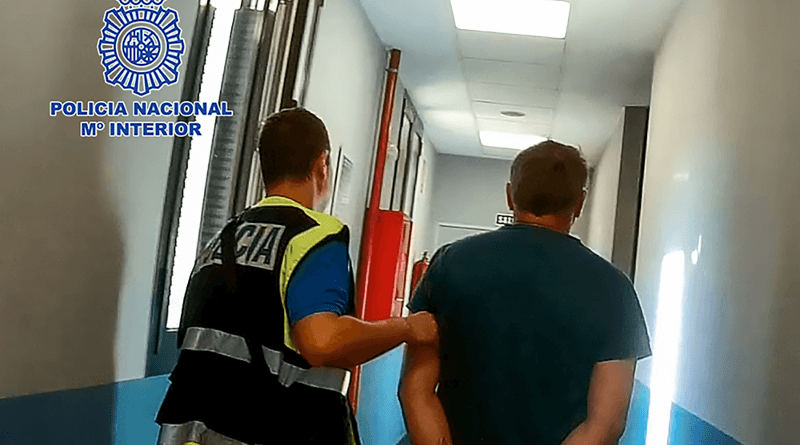 His alleged victims were all from his immediate circle, including his own
cousin, having gained first the trust of the child’s parents to then be able
to commit the sexual abuse.

The search for the Romanian Paedophile began in Australia when the Argos
Task Force of the Queensland Police Force shared a series of new recordings
of several Romanian minors being abused by an adult.

The footage was shared on the International Child Sexual Exploitation (ICSE)
database, which is managed by Interpol and contains images of sexual abuse
found by police around the world.

The researchers from the Central Cybercrime Unit (ICSE), experts in victim
identification, watched the videos and observed several objects that
indicated that they had been recorded in different locations in Spain.

After an arduous analysis of the videos, investigators were able to identify
and locate five victims, including the cousin of the arrested man.

The investigation led officers to a location near Madrid where a large
number of Romanian nationals reside, as well as the abused girls.

According to official sources, one of the things they saw on the video which
led them to identify the suspect was a tattoo on his arm.

Police say that due to his “very particular hands” they were able to
ascertain that he worked as a mechanic and searched garages and mechanics
until they saw the man with the same tattoo and he was immediately arrested.

During a search of the suspect’s home, officers said they found a large
amount of computer equipment, including five micro-cams, some of which were
handmade and capable of transmitting data via wifi.

His home was also recognised from the video as one of the settings for the
abuse of two of the girls.

Police have described the suspect as “a dangerous sexual predator obsessed
with minors at pre-puberty ages.”

They report how he would record the girls when they went to the bathroom and
then abused them. In addition, he exchanged the material obtained for
similar material via his mobile phone, using anonymous networks to avoid
leaving a trace.

At the time of the arrest he was allegedly carrying a terminal with a very
large number of paedophile content files.

ICSE is a tool for combating paedophilia, its functions include the
identification and protection of minors involved in child pornography videos
that are shared by paedophiles around the world, as well as bringing to
justice the perpetrators of abuse.