Local residents and authorities are still unable to solve the mystery of a
devilish invasion of 666 plaster pigs which mysteriously appeared all over
the city.

The curious incident was reported in the city of Toledo, in the central
Spanish region of Castilla La Mancha, near Madrid.

Residents say they woke up on Monday 6th August to find the hand-sized pigs
everywhere, each with their own serial number which went up to 666.

The pigs were placed in important spots of the city such as Puerto del Sol,
the Calle Real, the Monastery of San Juan, and above all on window ledges.

Each pig seemed to have ben individually made and hand painted. 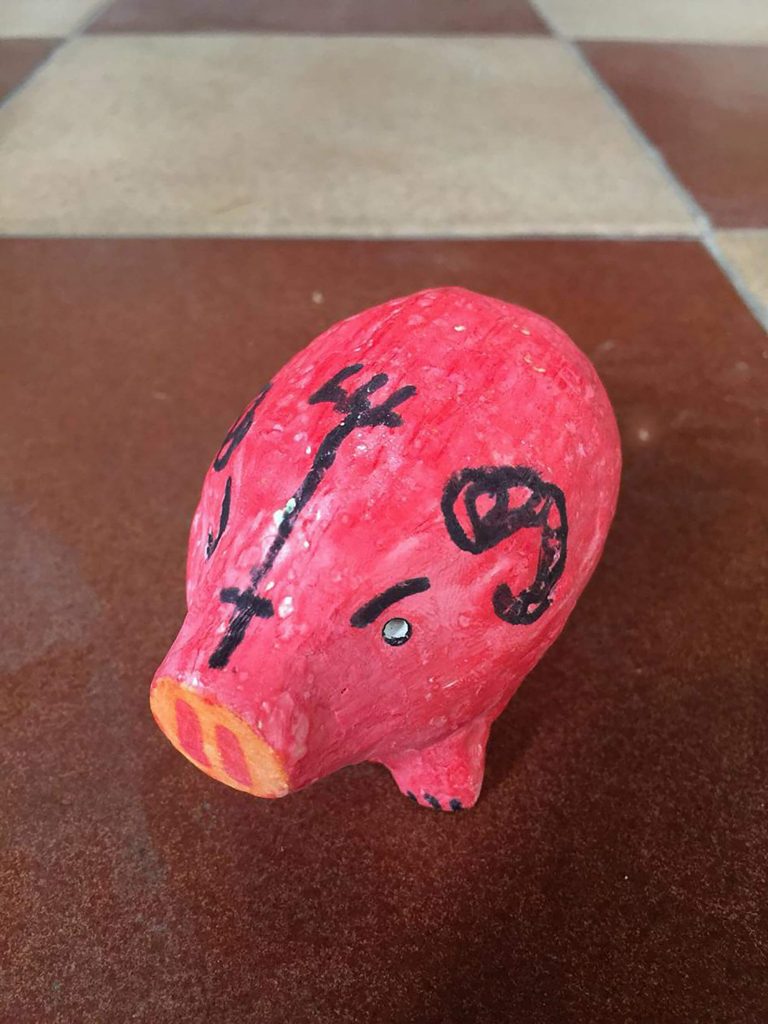 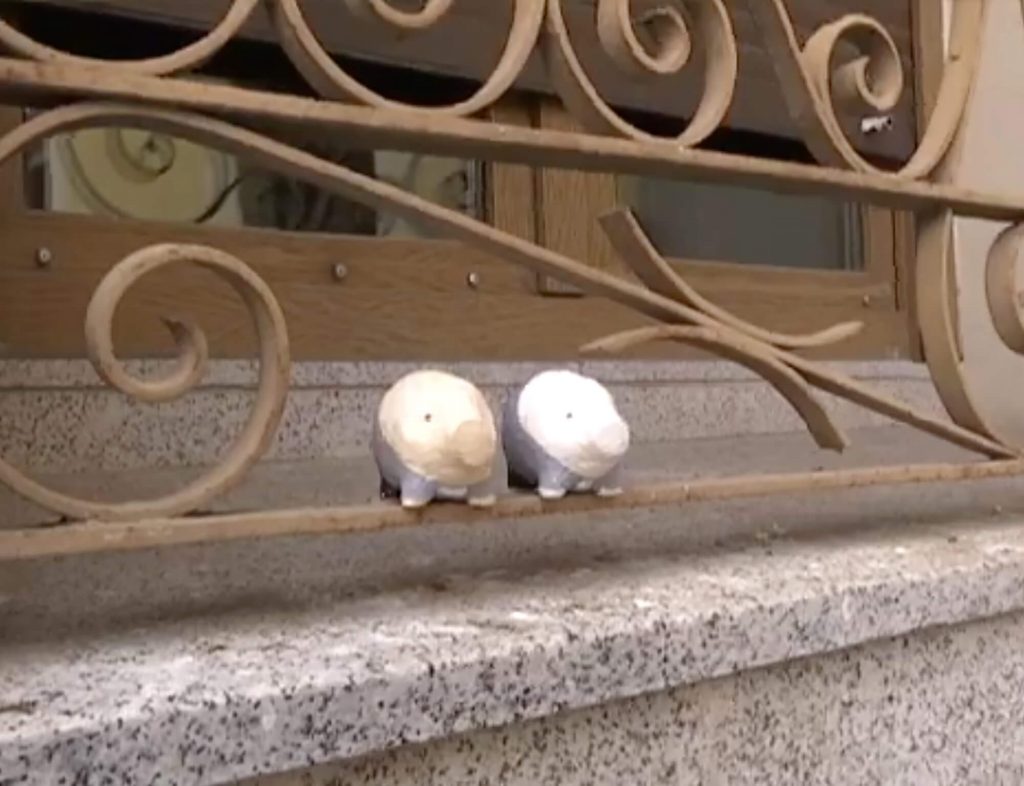 A spokesperson for the City Council said they “did not have the remotest
idea of what they are and what they mean.”

One Facebook user wrote: “This morning we woke up with all these little pigs
numbered 58/666..67/666. Are they trying to tell us something? Or are they
artisan products made for Satanic rites?”.

Fine art teacher Fernando Barredo rejected the idea that it is an artistic
display saying it seems more like a game “aimed at the fearful”.

Alfredo Copeiro of the Toledo School of Art said that the making of the pigs
must have required a great deal of work as they appeared to have been
crafted individually and not from a mould.

However he went on to say: “I cannot see any artistic claim here of any
kind.”

As speculation mounted as to what the pigs mean, with hypothesis ranging
from satanic messages to a protest of the pig farms in the area, the digs
have gradually begun to disappear as locals and tourists have taken them
home.

By Tuesday evening local councillor, Marta Puig, had issued a statement
saying that: “the local police have been unable to find a single pig.”

The mystery remains at present unsolved.