Residents in Majorca are outraged by the rise of brawling tourists in public
spaces after two new videos surfaced online.

The fights took place in Magaluf and Calvia on the east of the island, part
of the Spanish Balearic Islands.

In the first video, a group of tourists are seen targeting two men during a
night on the town.

Three men and a woman are seen brutally kicking a tourist wearing white
clothes on the ground, while one of his friends is seen sparked out close to
him.

According to reports, none of the aggressors were arrested as they fled the
scene before the authorities arrived. 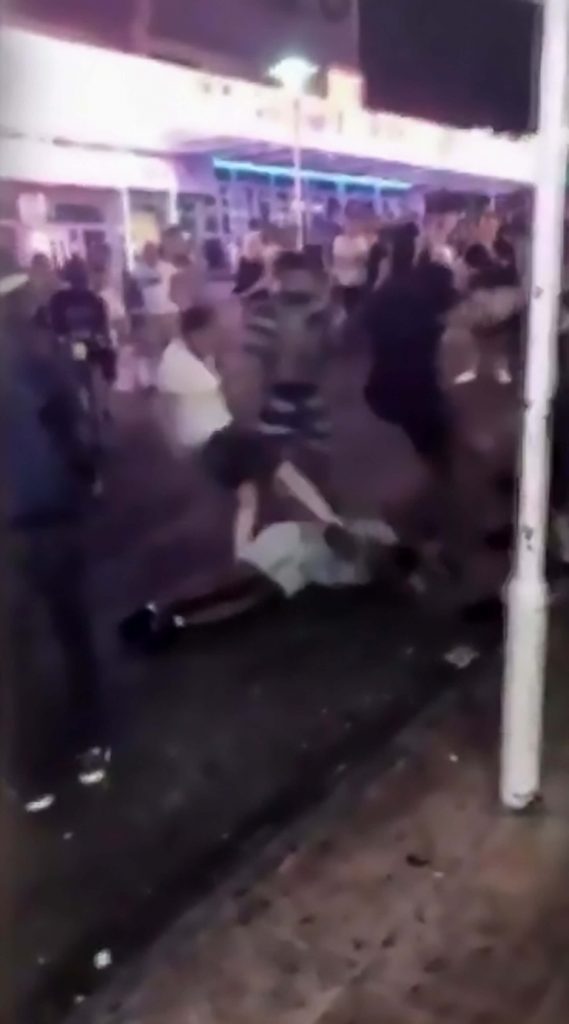 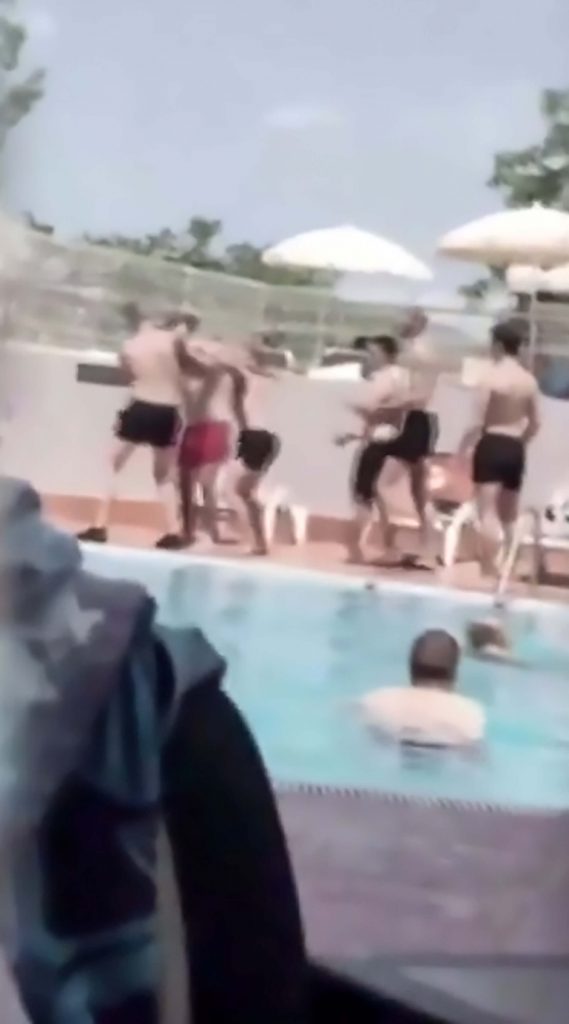 In another recent video filmed by a swimming pool in the middle of the day,
a group of men are seen pushing and shoving each other as locals film with
their phones.

Suddenly, one of them starts throwing punches and a bearded tourist is seen
hitting the deck as dozens of onlookers gasp in shock.

Several aggressors continue hitting the young man on the ground while his
friends protect him by pushing them back.

Local residents claim that public fighting among tourists is becoming more
frequent and fuel the argument that ‘over-tourism’ is ruining their daily
lives.

Escalating prices, sky-rocketing rents and increasing violence are causing
some citizens to daub ‘tourists go home’ in many public spaces.