This the dramatic moment firefighters enter a burning house and rescue a
trapped puppy.

The incident was captured on a camera attached to one of the fire fighters
in the southern Spanish town of Cordoba.

Firefighters say they received a call to alert them that a house on the
Historiador Juan Moreno de Fatima Street was on fire, but that nobody was
inside.

Footage shows the firefighters going inside the burning house and putting
out the flames which are blazing across the walls, ceiling and floor. 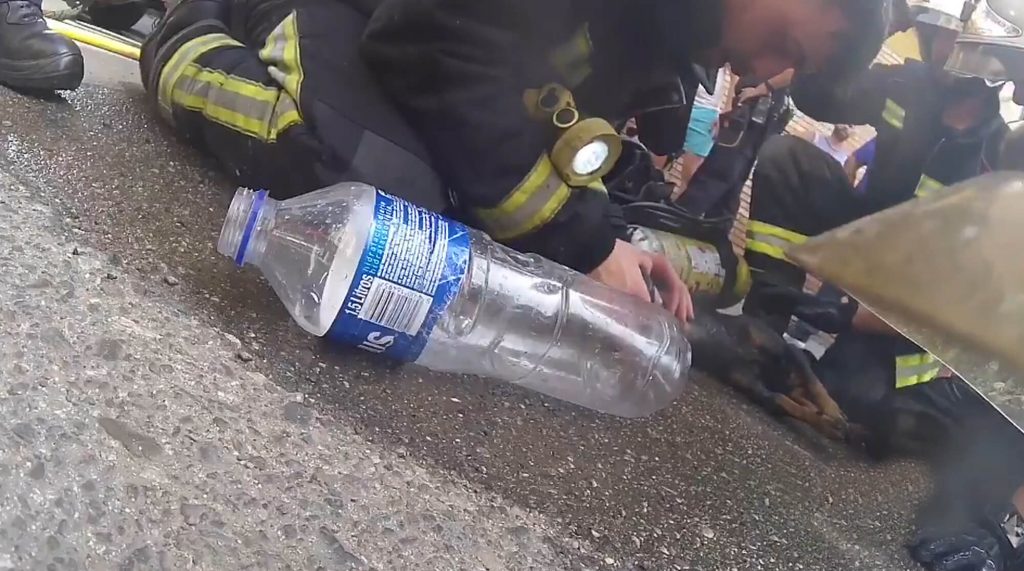 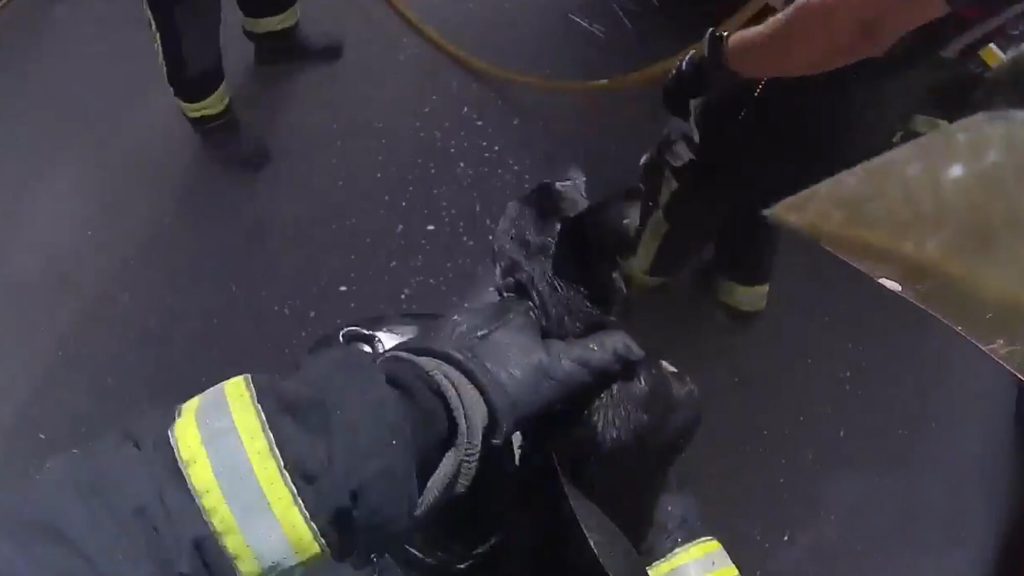 In the corner of one of the rooms, one of the firemen found a small black
and brown puppy which is quickly scooped up in his arms and ran outside
with.

The man can be seen putting the unconscious dog on the ground and him and
his colleagues quickly get to work covering it with bottled water and giving
it oxygen.

The dogs body can be seen beginning to heave as it starts to receive the
oxygen and breathe again.

The Cordoba Firefighters posted the video on social media and wished a
speedy recovery to “our canine friend.”

They also expressed their condolences to all those affected by the blaze.

The fire devastated the entire apartment which was gutted by the flames.
Fortunately there were no casualties from the blaze other than the puppy
which was saved by the quick action of the fire officers,

Social media followers were quick to express their admiration posting many
messages of praise.

One user wrote: “What are you like Cordoba Fire department?”

While another wrote. “You’re a machine! Congratulations!”

In traditional Spanish style, a few users commented on the large ‘cojones’
or testicles of the firefighters involved.