This is the startling moment a traditional festival turns into chaos when a
box of fireworks is ignited sending revellers sprinting away from the
explosions.

The scenes were recorded by an onlooker at the ‘L’Enterro del Gos’ festival
in the village of Simat de la Valldigna, in the eastern Spanish region of
Valencia.

In the video, revellers including a man in a priest’s robe can be seen
walking down the street holding lit fireworks in a parade as bright sparks
fill the air.

Youngsters can be seen stood on a cage protected by railings when there is a
sudden flash of light and people can be seen sprinting away from its source.

Smoke, fire and sparks fill the area as revellers try to sprint to safety. 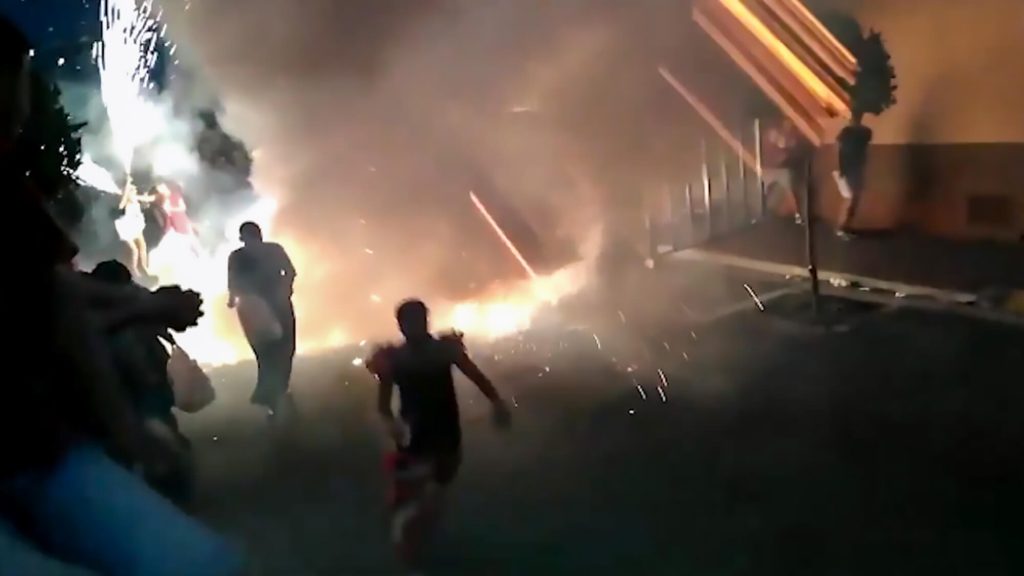 Local media report the huge fireball was caused after a lit firework made
its way into a box of 60 fireworks known as “borrachos” which have long
tails that spark once ignited.

Reports suggest fourteen people were injured in the incident which came at
the end of the traditional festivals in the village.

Vicent Ribera, the mayor of the village, said that the circumstances of the
accident were “very strange” and added that maybe the wind was to blame for
the firework being ignited.

Ribera said: “It has never happened before.”

Three ambulances reportedly arrived on the scene to treat the injured whilst
four people were taken to a nearby hospital to be treated for their wounds.

All four of those hospitalised have now been discharged, according to
reports.