Vandals have defaced a 12th-century sculpture at one of Spain’s most famous
cathedrals in a bizarre tribute to famous rock band Kiss.

The incident was reported in the city of Santiago de Compostela in the
north-western Spanish region of Galicia.

Local residents reportedly woke up on Monday 6th August to find that a
sculpture on the cathedrals southern facade, also known as the silver facade
because silversmiths used to work beneath it in Middle Ages, had been
vandalised with blue spray paint.

A photo shared by the police show the face of the sculpture painted in blue
with cat’s whiskers, mimicking the painted mask of  Peter Criss, the
co-founder, original drummer, and vocalist of the American hard rock band
Kiss who established the “Catman” character for his Kiss persona.

Underneath the vandals also sprayed the name of the band, ‘Kiss’, who
recently performed a concert in the nearby city of Lugo. 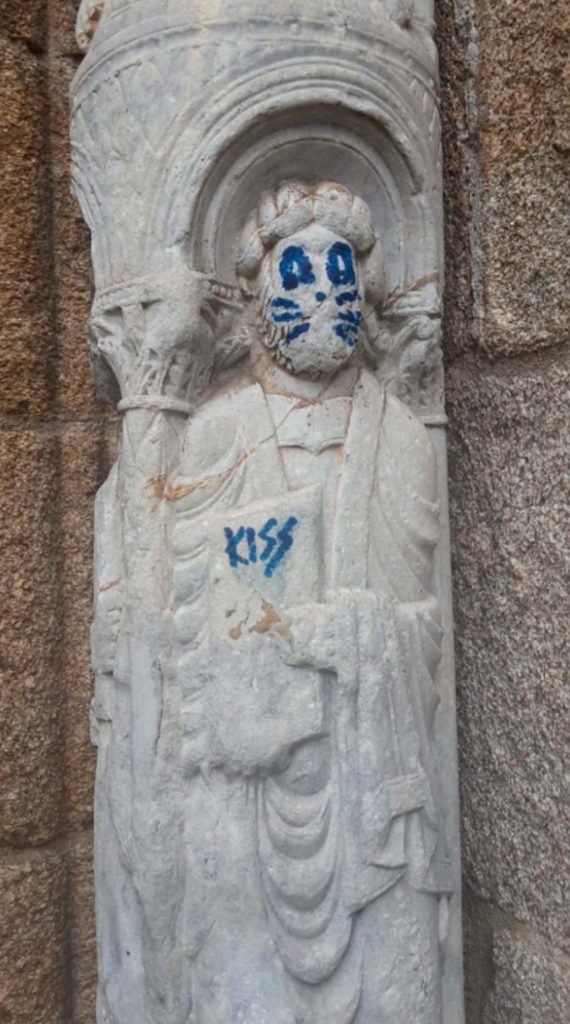 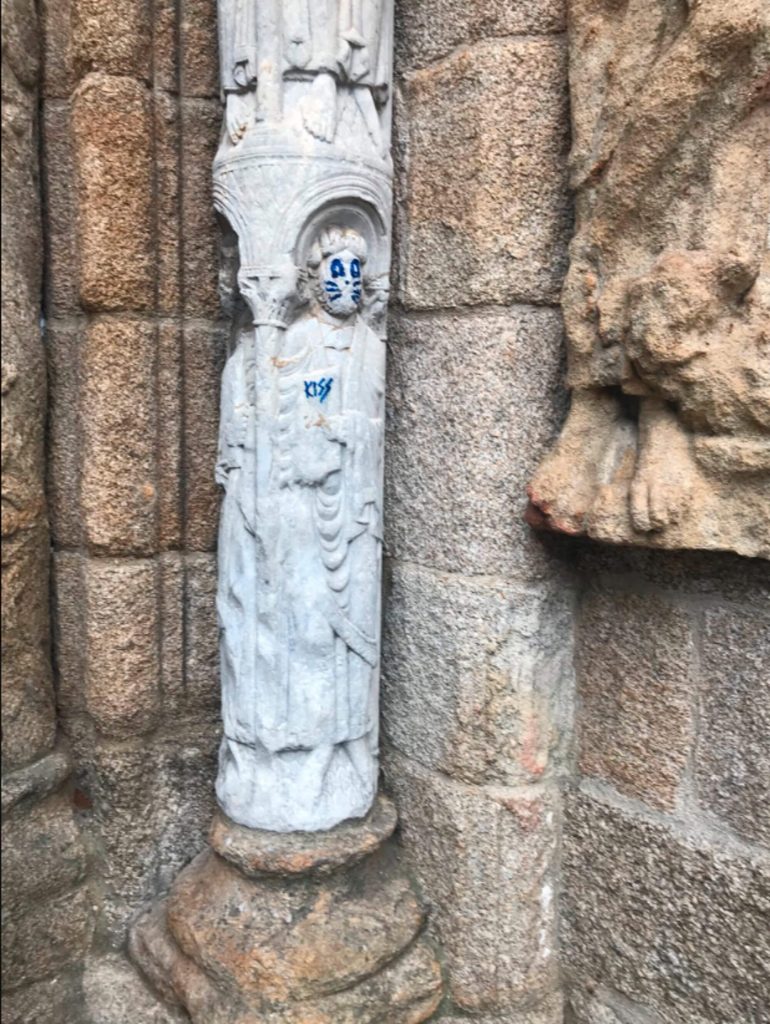 The Cultural Representative of the Regional Galician Government, Roman
Rodriguez, described the vandalism as an act of “patrimonial barbarism.”

The mayor of Santiago, Martino Noriega, stated that “the city was a
patrimony of humanity” and described it as “terribly tolerant” before adding
that “today we launch a message that in the face of actions such as these,
we will be intolerant.”

A nun told local media that the act “reveals what the people of today have
in their hearts.”

Tourists to the popular historic city have also expressed their horror and
shock at the vandalism.

Santiago de Compostela is the end destination for the famous pilgrimage of
Santiago (Camino de Santiago), where thousands of travellers walk from
different parts of Europe to the city.

The travellers end their journey at the spectacular 800-year-old Cathedral,
considered the city’s shining jewel.

A total of 6.3 million EUR (6.5 million GBP) has recently been spent on
restoring the Cathedral, in particular, the magnificent entrance, the Portal
of Glory, of which there is an exact replica in London’s Victoria and Albert
museum.

The Cathedral Director, Daniel Lorenzo, explained that technicians would be
able to restore the vandalised sculpture the same afternoon using lasers
originally sourced for the restoration of the Portal.

Police are currently reviewing security cameras and have appealed for
witnesses to speak up on social media. The culprits could face a fine of up
to 150,000 EUR (134,000 GBP) according to Galicia’s regional laws on the
protection of its cultural patrimony.