This is the shocking moment an onlooker is brutally gored by a bull during a
traditional Spanish festival.

The startling scenes were recorded by onlookers in the city of Estella in
the northern Spanish region of Navarra during the traditional running of the
bulls in the city.

In the video, a bull can be seen running up a narrow street when it spots a
man stood in a doorway.

The bull suddenly turns and charges at the man who is trapped in the tight
space.

The huge animal rams its horns into the man and lifts him into the air
before he crashes to the ground.

The bull then repeatedly gores the man as he lies on the floor before
onlookers pull the animal away by its tail as the victim desperately tries
to kick the animal off him. 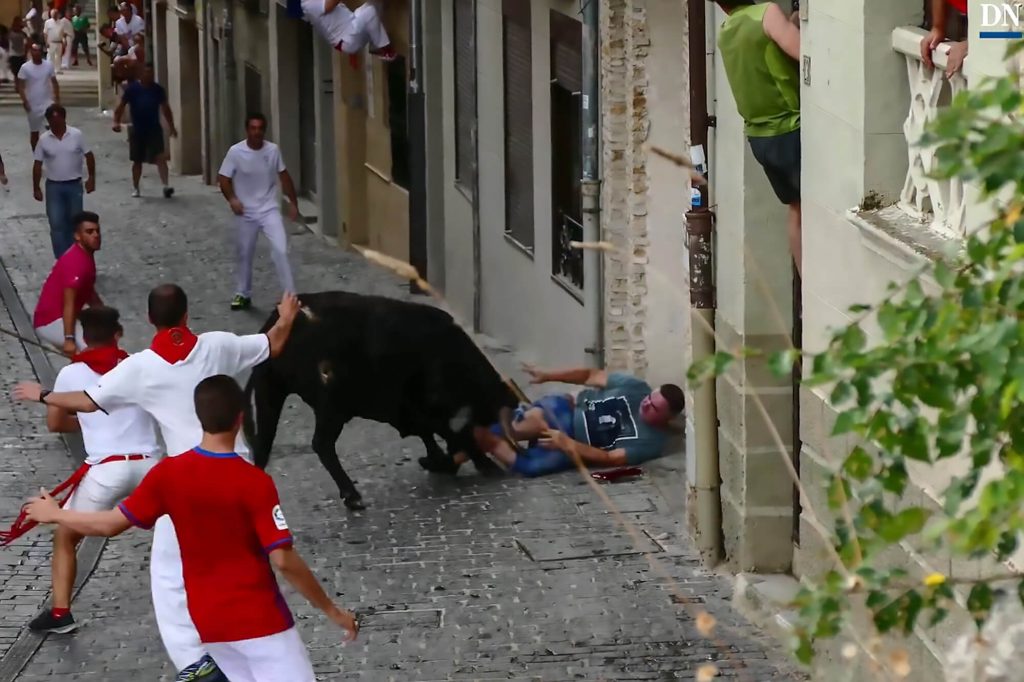 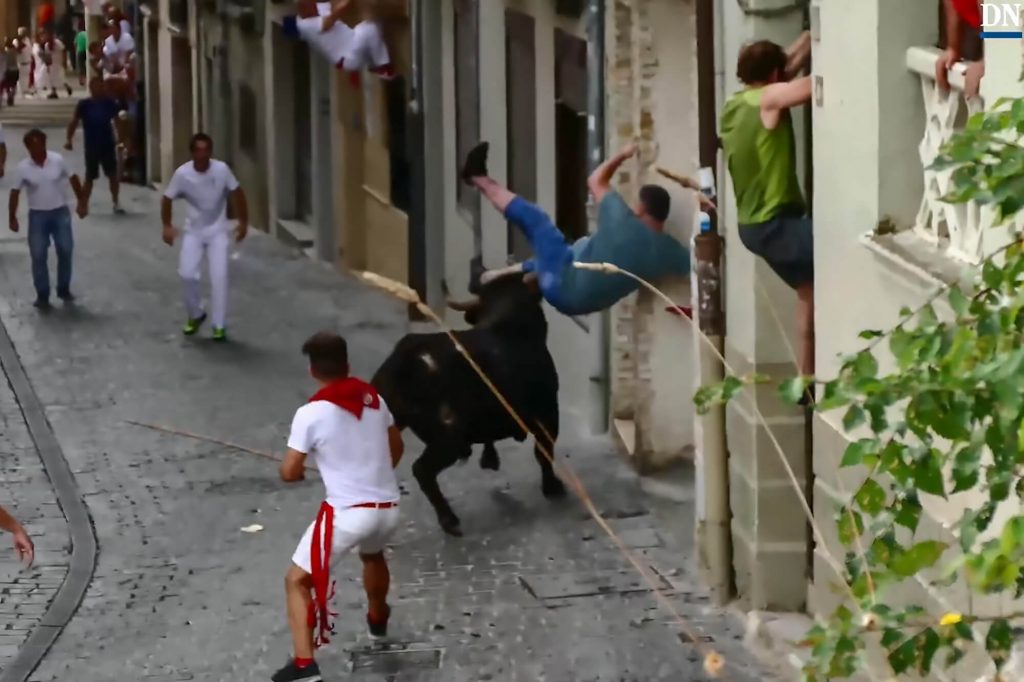 The gored man gets up and can be seen bleeding from his legs as he runs to
safety.

Police sources told local media that the victim was transferred to a local
hospital.

In the video, the man can be seen holding a tablet, something that is banned
during bull runs.

Local media report that using mobile phones or any kind of electronic device
is banned during the event for safety reasons.

The bull involved in the incident reportedly managed to make it to the
bullring in the city after running around the streets.

Another man was reportedly hit by a bull at the bullring during the event
and was transferred to hospital.

The condition of the hospitalised men is not known.