This is the startling moment a rented Mercedes van in Ibiza sinks into the
ocean after slipping into the water when the driver forgot to put the
handbrake on.

The scenes were recorded by onlookers that Botafoch Marina in the city of
Ibiza, on the Spanish Balearic island of the same name. 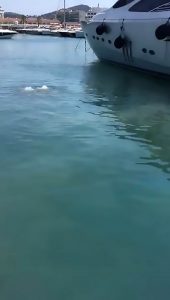 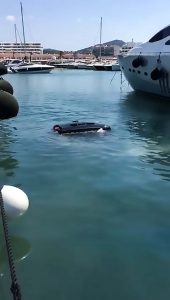 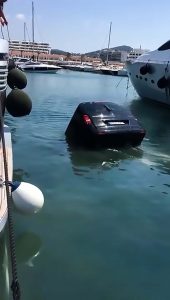 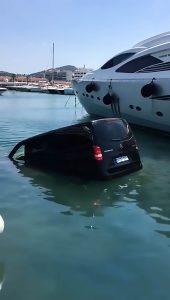 In the video, the black Mercedes Viano can be seen in the water between two
boats with its back windscreen wiper on.

The van quickly fills with water and its bonnet sinks down into the ocean
dragging the vehicle with it front-first.

The boot of the van stays just out of the water and one onlooker says “it’s
touching the ground there”.

Another onlooker then asks “have you left the tobacco inside?” and another
says “this was a rental”.

Local media report that eyewitnesses claim the driver of the van had parked
it close to the water and got out without putting the handbrake on.

The van then rolled into the water without anybody inside.

A crane was later used to remove the van from the water and the vehicle’s
engine and electrics were reportedly seriously damaged in the incident.

The driver of the van was not identified in local media.