Spelunking archaeologists have discovered these Mayan cave paintings deep in
the jungle.

The paintings were found on a cave wall measuring 15 metres (49 feet) by
five metres (16 feet). 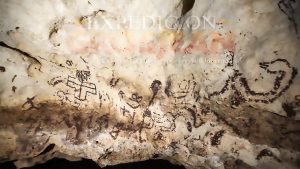 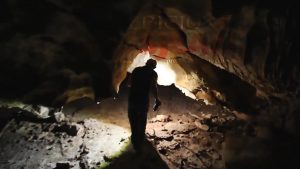 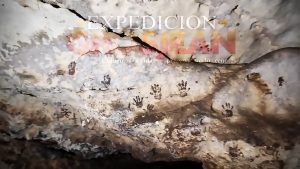 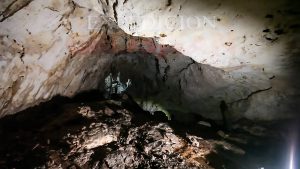 Researcher Sergio Grosjean discovered the cave in the jungles of the
south-eastern Mexican state of Yucatan.

He told local media: “We recently made an important discovery that tells us
a lot about Mayan culture. In the paintings, there are human warriors,
geometric images and birds.”

The National Institute of Anthropology and History(INAH) is responsible for
protecting the ancient site.

In order to protect the cave paintings, researchers have not revealed its
location although they do plan to publicly open the site in the near future.

Grosjean said: “The cave is well hidden and very few people know of its
location. Alongside relevant national bodies, we hope that the local
community will one day manage the sinkhole and be responsible for its
development and maintenance.”

In Yucatan it is estimated that there are over 3,000 sinkholes, caves and
caverns with many still to explore.

Grosjean added: “We have seen archaeological sites where we found modern
graffiti and rubbish lying around. If it happened to a cave like this, it
would be truly terrible. We need to do more.”

The Mayan civilisation is believed to have existed from around 2,000 BC
until the 16th century Spanish conquest stripped away most of its defining
features.