This is the viral moment fishermen encounter a huge shark swimming by their
boat just off the coast of Majorca after spotting a huge fin in the water.

The footage was uploaded to Facebook by netizen ‘Norbert Streep’ and has
been seen 1.1 million times and shared by 11,000 users.

In the video, filmed just off the Majorcan coast in the eastern Spanish
Balearic Islands, several fishermen excitedly chatter as two shark fins
ominously appear on the surface.

One man says: “I cannot believe it! It is a f*cking shark!” 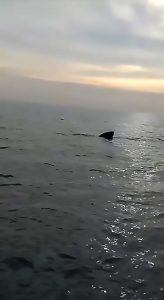 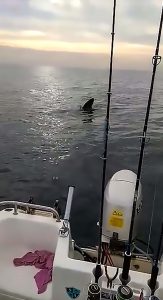 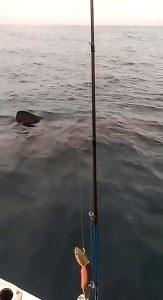 At one point, the shark swims directly behind the boat and tail it a short
distance.

As the fishermen nervously laugh at how close the shark is getting, it
suddenly peels off and begins to swim away.

Gabriel Morey, biologist and member of the International Union for
Conservation of Nature (IUCN), believes that it was a basking shark
(Cetorhinus maximus), the second-largest living shark after the whale shark.

The presence of great white sharks, the third-largest living shark, in the
Balearic Sea has not been documented for at least three decades.

The biologist said on social media: “There have been rumoured sightings of
great whites in recent years, but this is the first confirmed presence of
one in Spanish waters for at least 30 years.”

The marine research team consisted of 10 people from five countries who
filmed and documented the shark.