The holiday island of Ibiza is looking to fine people who leave their towels
on the beach to reserve a spot.

Based in the Mediterranean archipelago of the Balearic Islands, Ibiza wants
to join the ranks of other Spanish resorts such as Cullera and Gandia which
have introduced penalties for reserving sun loungers on the beach.

Environment councillor Montserrat Garcia told local media: “We are thinking
about introducing what other town councils have done and adopt measures to
prevent this from happening.” 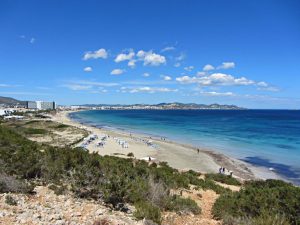 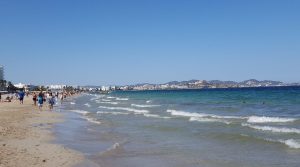 Last week, residents complained to local authorities about bothersome
tourists who “reserve spaces all day”, “disrupt other beachgoers” and “kick
sand around”.

One restaurant owner in particular – whose nationality was not revealed –
has come in for stiff criticism.

According to reports, the owner places a two-seater mattress, a large beach
umbrella and an inflatable unicorn on the same frontline area of the beach
every day.

Locals reported the owner to police, saying that the beach belongings remain
there from early in the morning until around midnight.

They claim that the ‘reserved’ area is directly in front of the restaurant
and that is to prevent beachgoers from congregating there and blocking the
sea views.

Ibiza Town Hall is considering fining people who “abandon” items on the
beach in order to reserve a spot and will announce their plans soon.