This is the breathtaking moment a pod of endangered fin whales – the second
largest animal in the world after the blue whale – is seen swimming off the
coast of Majorca.

The footage, taken by Carlos Segui and uploaded to social media by the
organisation ‘Mallorca Blue’, was taken just outside the town of Soller on
the north-west coast of Majorca in the Spanish Balearic Islands.

In the video, several fin whales (Balaenoptera physalus) are seen swimming
near the surface next to a boat. 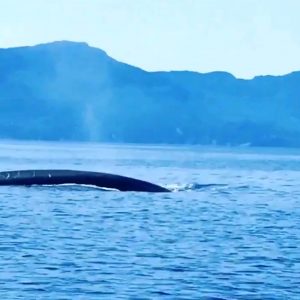 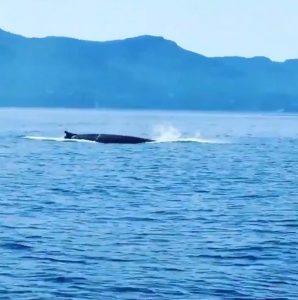 An excited onlooker says: “Wow, it is big right?”

The elegant whales nosedive in and out of the water as their huge bodies arc
below the surface.

The emotional cameraman ends by saying: “Whales here in Majorca!”

According to the International Union for Conservation of Nature’s (IUCN) Red
List for Threatened Species, the fin whale – also referred to as the finback
whale – is considered ‘endangered’.

This species can reach up to 27 metres (88 feet) in length and weigh up to
70 tonnes. Only the blue whale (Balaenoptera musculus) is larger.

The sighting coincides with the government’s approval of the ‘Cetacean
Migration Corridor’, protecting an area of 46,000 square kilometres (17,760
square miles) between the Balearics and Spanish mainland.

Netizen ‘Mary’ said: “Beautiful, I hope they do not get hurt!”

‘TheReality’ commented: “Unfortunately, the proliferation of mega yachts
belonging to foreign billionaires, plus massive cruise ships and hundreds of
boats sailing about, makes it impossible for these animals to live in peace
off our coasts.”