This is the moment a brawl erupts in the streets of popular Brit tourist
destination Magaluf and ends with one youngster knocked out on the pavement.

The startling scenes were recorded by an onlooker outside a McDonald’s
restaurant in Magaluf, on the Spanish Balearic island of Majorca. 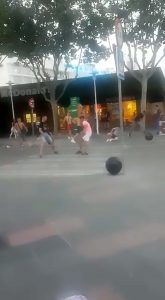 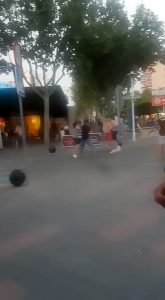 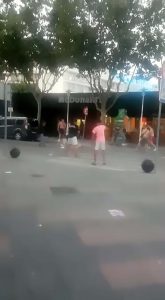 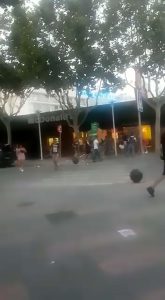 In the video, two groups of young men can be seen fighting outside the
McDonald’s as a woman runs across the road to avoid the brawl.

Several punches and kicks are thrown as over a dozen men are involved in the
fight as others come sprinting towards the brawl.

The man recording can be heard saying: “Wow, he hit him in the mouth. Take
that!”

As the fight escalates a punch can be heard connecting and one of the
brawlers falls to the ground and lies motionlessly on the ground.

Local media report that the condition of the man who appears to be knocked
out in the video is not known.

Reports do not identify the nationality of those involved in the fight and
no arrests have been reported in local media.