Biologists have discovered that seawater is rich in jellyfish sperm
providing rich nutrients for the ocean’s many microorganisms. 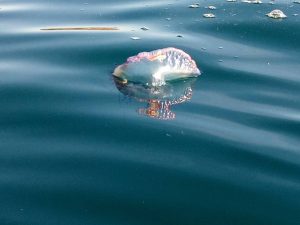 The study, published in the Scientific Reports journal, also said that at
least 85 percent of microorganisms living in our seas are still unknown.

The study was conducted by researchers from the Institute of Evolutionary
Biology and the Institute of Marine Sciences, both in the north-eastern
Spanish region of Catalonia, as part of the European project Biomarker,
according to local media.

Boffins hope to learn more about the diversity of single-celled eukaryotic
organisms.

Researchers analysed water and sediment samples from six European coastal
areas, Oslo in Norway, Roscoff in France, Gijon and Blanes in Spain, Naples
in Italy, and Varna in Bulgaria.

During their work, they observed a high amount of genetic material in the
separated microorganisms.

As gametes (reproductive cells) are extremely small, it is most likely that
the ‘genetic material’ comes from the sperm of metazoans with external
fertilisation such as ctenophore (comb jellies) and cnidaria (jellyfish),
according to scientists.

The proportion of the sperm’s genetic material was particularly high in
samples taken from oxygen-free environments.

Given its abundance, researchers say that sperm plays an important role in
the ecosystem, providing a rich source of food for microorganisms and
zooplankton.

Scientist Javier del Campo said: “Ecologists must consider the role that
sperm plays as a source of nutrients in the food chain, especially during
spawning periods when gametes are released in large quantities.”