Scientists using high-tech equipment have discovered the remnants of an
ancient city that has been abandoned for over 2,000 years.

The 14.5-square-mile site is considered the largest ancient city in the
north-eastern Spanish region of Catalonia. 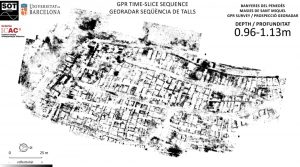 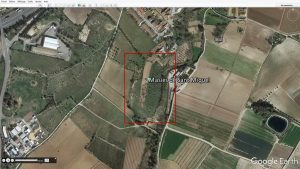 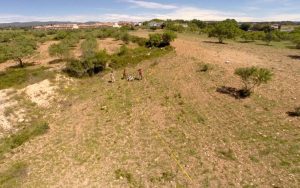 The former urbanisation was found in the historical area of Penedes, also
famed for being a wine-producing region.

According to researchers, the city had around 200 walled enclosures with
public squares, towers and a large moat. They also say that it had a “fairly
regular road structure”.

The survey was carried out by scientists from the University of Barcelona
and the Banyeres del Penedes Council.

University professors Joan Sanmarti and Jaume Noguera are heading the
project alongside Maria Carmen of the Catalan Institute of Classical
Archaeology (ICAC).

Boffins believe the urbanisation was possibly more important than Ullastret,
until now considered the largest ancient city in Catalonia.

A spokesperson told local media: “A large part of the city has a fairly
regular road structure set out in a grid system crossed perpendicularly by
narrower roads.”

Experts believe the former city was used by the Cessetani, an ancient
Iberian (pre-Roman) people that are believed to have spoken the Iberian
language and even minted their own coins.

Their territory extended along the coast and was limited in the west by the
Prades Mountains.

One of their main cities was Tarraco, modern day Tarragona, and the Roman
ruins there are listed as a UNESCO World Heritage City.

Tarraco was captured by the Romans in 218 BC after the Battle of Cissa.

Based on the items excavated from the area in the 1980s and 90s,
archaeologists believe that the ancient city was in use between the 6th
century BC and around 200 BC.

Local authorities plan to acquire the land around the site and expand the
excavation project.

Banyeres del Penedes Mayor Amadeu Benach said: “This is a great discovery,
not just for our borough but for all of Catalonia.”