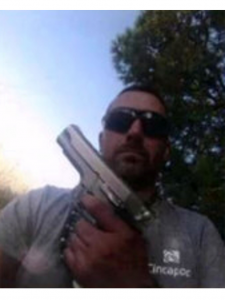 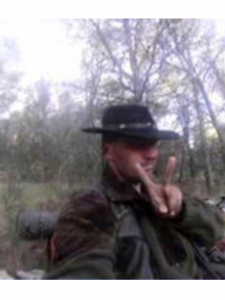 These eerie snaps show the man dubbed the ‘Serbian Rambo’ posing with a gun
shortly before he reportedly went on a killing spree with it.

The photos were found on the phone of 37-year-old Norbert Feher, who is
currently in preventative detention pending trial in the Zuera Prison in the
city of Zaragoza, the capital of Spain’s north-eastern state of Aragon.

Feher reportedly made a declaration to Spanish authorities after he was
arrested in December 2017, admitting to the murder of a farmer and two civil
guards.

The ‘Serbian Rambo’ also confessed to killing two men in Italy, before going
on the run and living off the land, making his way to Spain by bicycle.

The eight selfies found on his phone show him posing with a gun reportedly
stolen from a security guard in Italy last year and which he used to commit
the murders.

Other photos show a bicycle in the background that he used to get to Spain
and in another he is wearing a hat and camo face mask.

According to the Spanish media the photos were taken a few months before his
arrest while he was on the run.

More photos found on his phone show him posing with a suit on and in sports
clothes with his arms crossed.

The Serbian man also reportedly confessed to having used multiple identities
in numerous countries and was also wanted in Serbia and by Interpol.