This is the moment two tourists in Majorca recklessly cycle around the
streets one-handed while dragging what appears to be their plane luggage
behind them.

The incident took place on Joan Miro Street in the Majorcan capital Palma in
the eastern Spanish Balearic Islands.

A resident filmed the scenes from the car behind and uploaded the footage to
social networks.

Local media circulated the footage, accusing the tourists of being reckless
while also risking the safety of other road users.

In footage, the two tourists are seen riding one-handed down the street as
they drag their suitcases behind them. 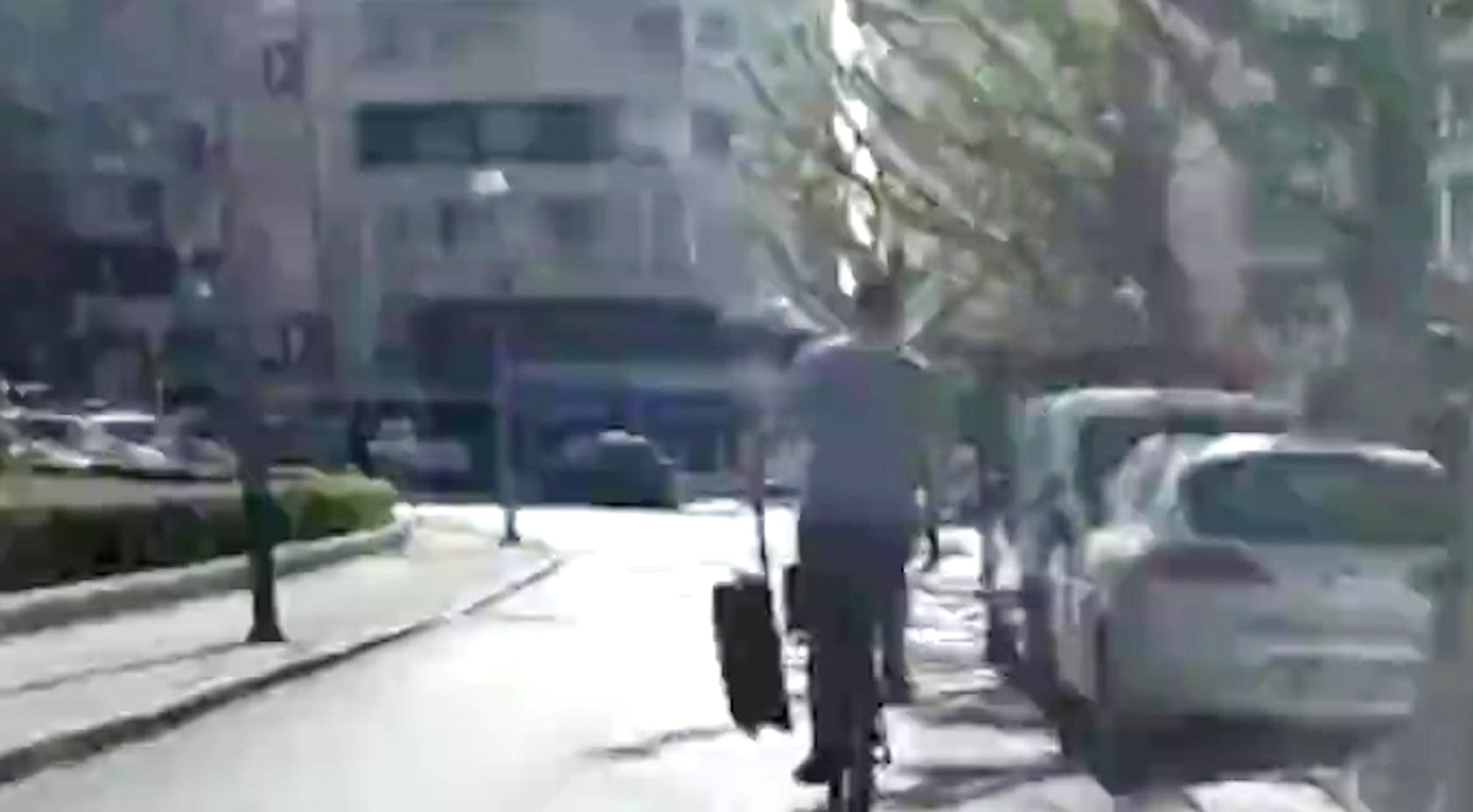 According to reports, the wheels on one of the men’s cases were not working
so he had to cycle along while lifting his luggage from the ground.

It is the latest in a long-line of incidents involving tourists to plague
the Balearic Islands this month.

Last week, two British tourists were each fined 600 EUR (526 GBP) in Magaluf
in Majorca for attacking Spanish lifeguards who chastised them about using
pedalos in a prohibited swimming area.

Manolo Giron, head of Civil Protection in the Majorcan borough of Calvia,
said: “If tourists think they can mess with security forces, they are not
going to get away with it lightly.”

Earlier this month, a fight between two tourists outside a busy bar in Cala
Ratjada in Majorca erupted into a mass brawl that spread through the town
centre.