Officials believe they have solved the case of the missing hitchhiker after
a Moroccan lorry driver confessed to disposing of her body.

Twenty-eight-year-old Sophia Loesche went missing on the 14th June while
hitchhiking in Germany.

She went missing while hitchhiking from Leipzig in the eastern state of
Saxony, where she lived, to her hometown of Amberg in the southern state of
Bavaria. 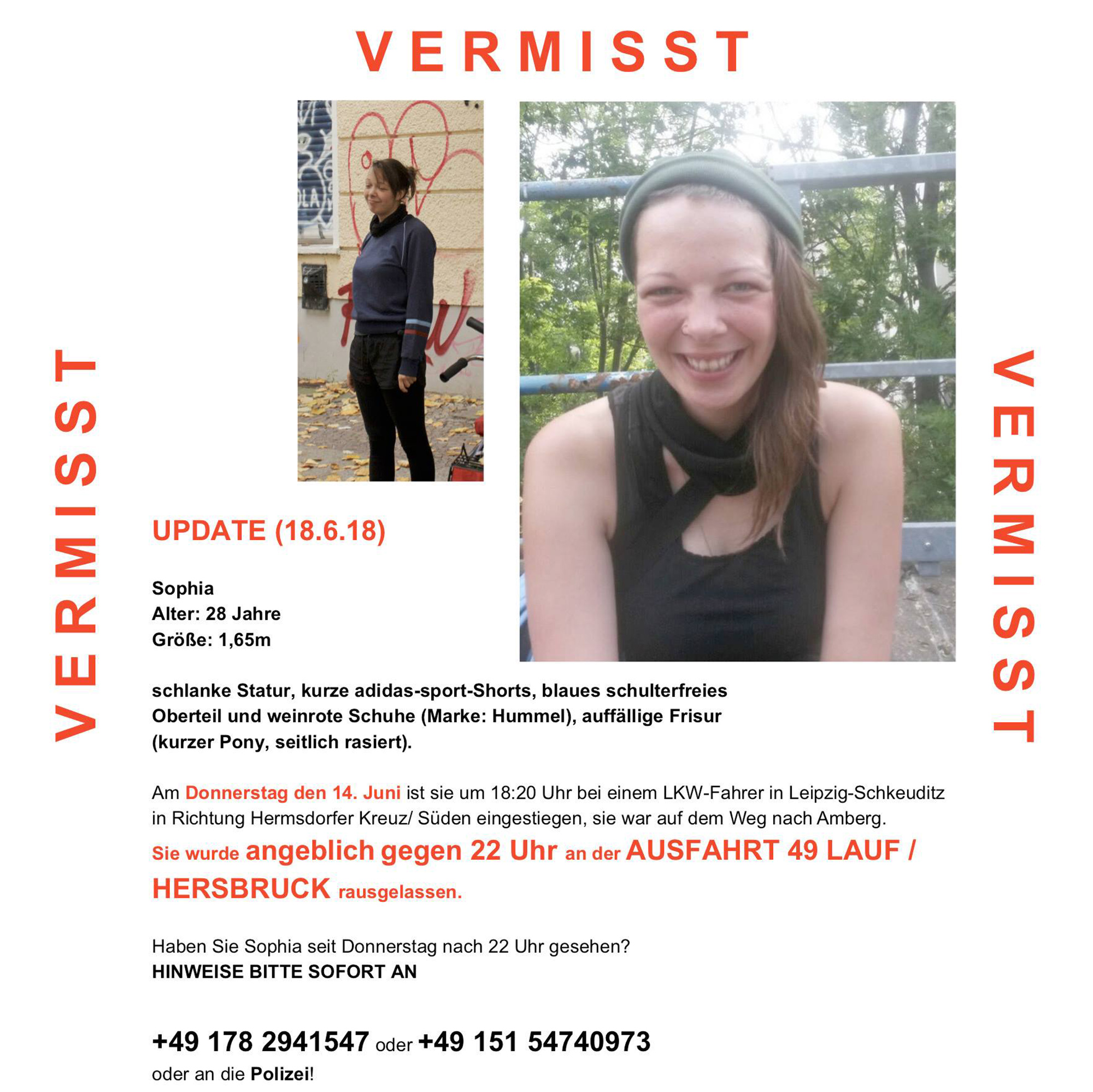 One week after Sophia set off, police found a body in the northern Spanish
region of Alava, which they believed to belong to the German hitchhiker.

According to police sources, the body showed “clear signs of violence” and
looked like someone had attempted to burn it to conceal the evidence.

According to local media an autopsy is still to be carried out to determine
the cause of death.

Spanish police arrested a Moroccan lorry driver in conjunction with her
disappearance and death in Bailen, southern Spain.

Local media have now said that the lorry driver has confessed in an
interrogation that he disposed of the body near a petrol station.

German police have refused to give any details so as not to “endanger the
progress of the investigation.”

According to German media, the driver is a 40-year-old Moroccan identified
only as Merabet B. who was on his way to Morocco.

Sophia’s brother, 51-year-old district councillor for the Green Party,
Andreas Loesche, was the one who tracked down the lorry driver.

Andreas said: “My investigation team tracked down the hauler. I spoke to him
on the phone.”

CCTV footage reportedly shows Sophia getting on a lorry at a gas station in
Schkeuditz in Saxony.

She is said to have also sent out an SMS to her friends on Thursday with a
Moroccan licence plate.

Police in Spain then began the search for the blue lorry with the letters
BENNTRANS, a Moroccan hauler operating in Morocco and Germany, in white on
its semi-trailer.

The Morrocan lorry driver remains in custody and police continue to
investigate the case.

The young victim regularly volunteer for organisation “No Border Kitchen”,
helping refugees on the Greek island of Lesbos.