This is the startling moment a pod of killer whales drown and eat a sperm
whale calf off the coast of Gran Canaria.

The video was recorded by from a ship off the coast of Mogan, in the south
west of Gran Canaria, one of the Spanish Canary Islands.

In the video, the pod of killer whales (Orcinus orca) can be seen surfacing
in the distance.

The camera then gets closer and one of the killer whales can be seen
struggling with a sperm whale (Physeter macrocephalus) calf.

One of the men on board the ship says “it’s squeezing it , it’s still alive”
as the calf can be seen flapping. 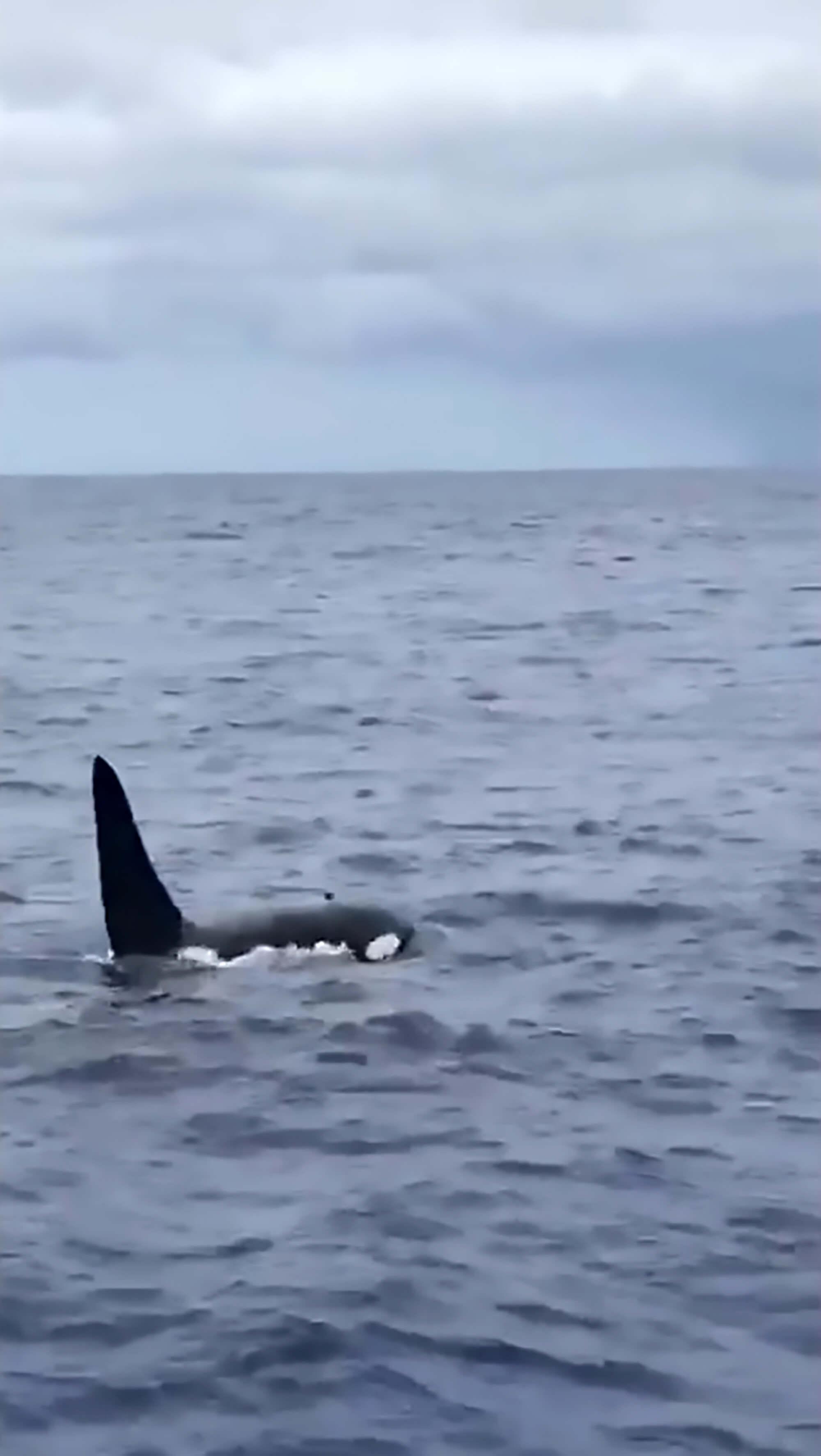 The killer whale then reappears, surfacing before diving back into the ocean
and a man can be heard saying: “Ha, it took it to the deep.”

The killer whale can then be seen again at the surface and the water appears
to be running red with the calf’s blood.

Thirty-two cetacean species have been recorded as prey, from observing their
feeding activity, examining the stomach contents of dead killer whales, and
seeing scars on the bodies of surviving prey animals.