This viral video of a scruffy homeless man stealing a kiss from a pretty
tourist has gone viral on social media with 19 million views.

The clip, filmed by Selena Garza Garcia in the Italian capital city of Rome,
has attracted more than 19 million views on Facebook, with 119,000 likes and
nearly half a million shares at the time of writing.

It shows the brunette taking a video selfie next to the River Tiber when the
man suddenly sneaks up behind her.

The wild-haired man, dressed in denim shorts and a dirty white shirt, puts a
hand on one of her shoulders and when she turns, he kisses her on the cheek. 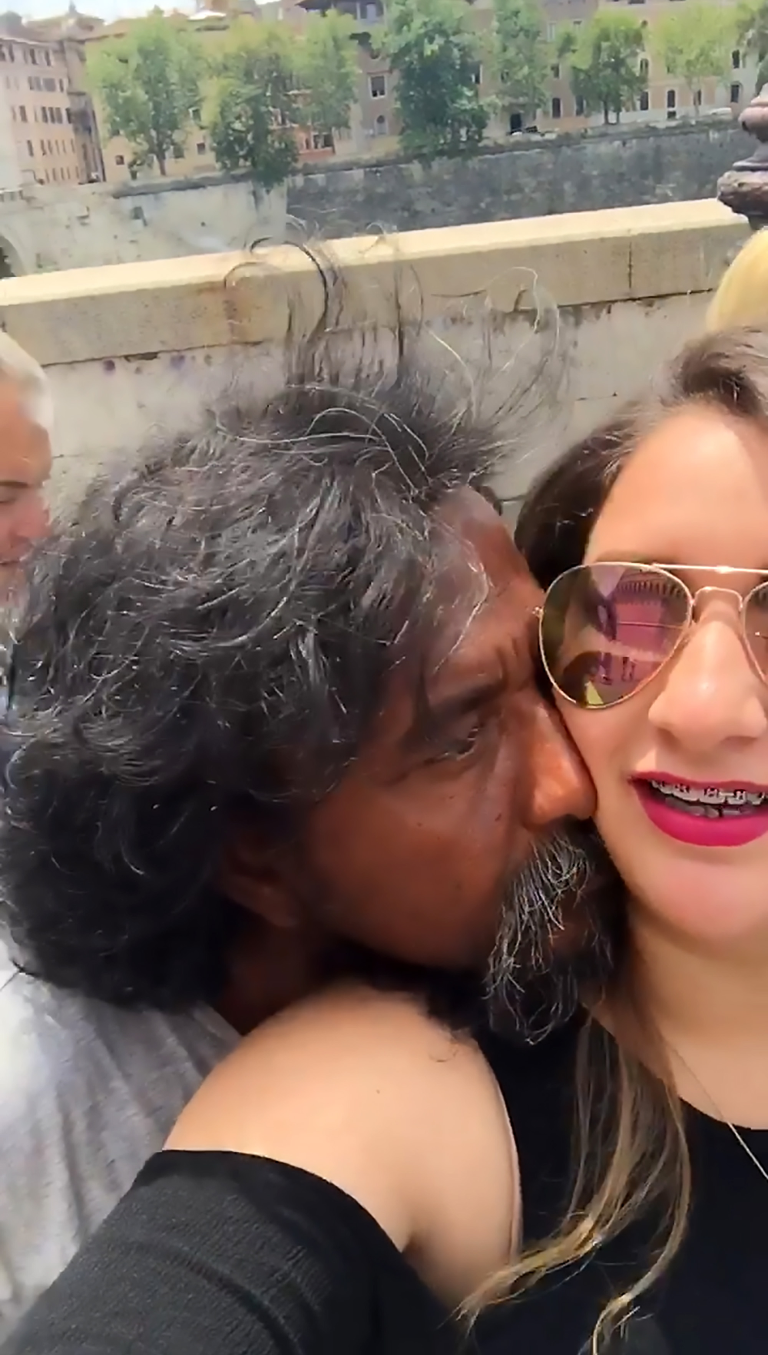 Ms Garcia, who is believed to be a Spanish tourist who had travelled to the
Italian capital on her own, gave a startled scream.

But she is believed to have quickly got over the shock from the way she
later shared the clip on Facebook with the comment: “Everything was OK
until…”

The footage attracted an incredible response on the social media network,
notching up millions of views in less than a day.

Rome is one of the world’s most popular tourist cities. It boasts nearly
3,000 years of history and its centre is listed as a UNESCO World Heritage
Site.