This is the moment a 69-year-old tourist with heart problems is airlifted
from the MS Queen Victoria cruise ship off the Spanish coast. 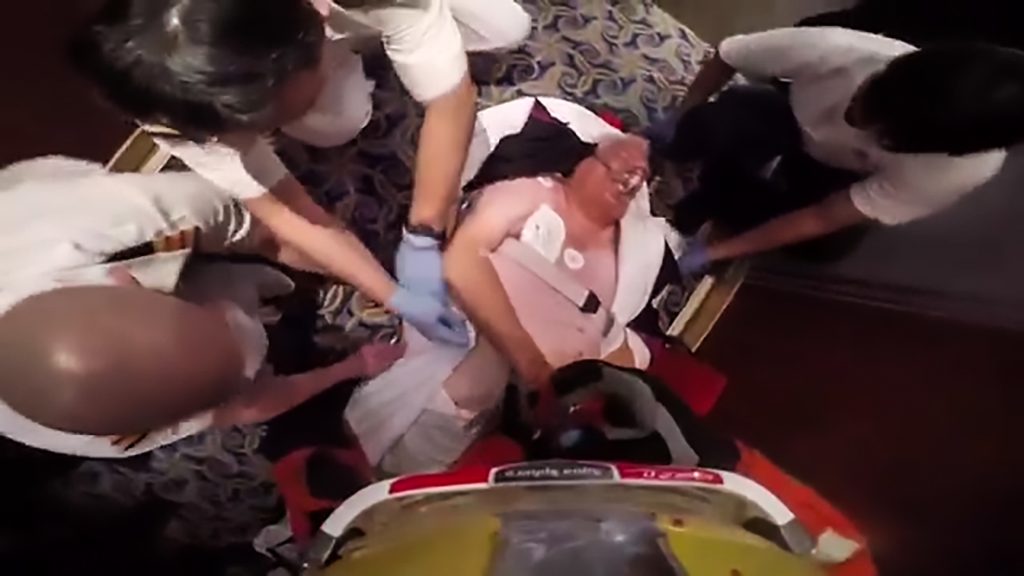 The incident took place around 8.20pm when Spain’s Maritime Safety and
Rescue Society (Sasemar) was called to attend the emergency situation.

According to local media, the 69-year-old passenger, whose name and
nationality were not revealed, suffered a heart attack just over 30 miles
from Cabo de Gata in the south-eastern Spanish province of Almeria.

Sasemar officials dispatched the helicopter Helimer 204, which airlifted the
tourist and his wife to the port of Almeria. 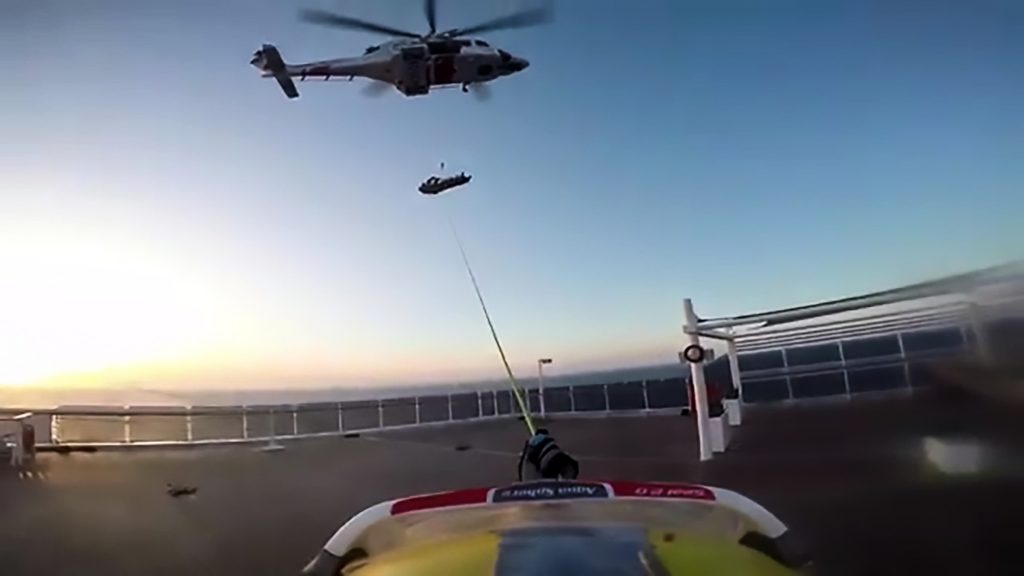 The man’s wife was reportedly very concerned and rescuer Miguel Jimenez
helped to calm her down by saying: “Look at me and smile.”

Once they arrived in Spain, the couple was transferred to the Hospital
Mediterraneo where medics attended to the 69-year-old man.

There have been no further reports on his condition.

The luxury cruise ship was travelling along the Spanish coastline but had
problems docking in the port of Mahon in Menorca, in the eastern Spanish
Balearic Islands.

The ship was rerouted to Ciutadella and the disembarking process was
complicated by bad weather while small boats ferried passengers to the dock.

The MS Queen Victoria is a Vista-class cruise ship operated by the Cunard
Line and is named after the 19th century British monarch.