This is a what was left after a Spanish priest asked a local school teacher
to restore a priceless 16th-Century statue of St George and the dragon.

The new coat of paint has left locals outraged at the church of San Miguel
of Estella, in the northern Spanish region of Navarra, and the result has
been compared to the now infamous Ecce Homo painting of Borja that was
touched up by cleaning lady Cecilia Gimenez and destroyed in the process.

But ironically the ruined Borja painting went on to become famous
internationally, and even ended up as a Broadway show, however that success
story has failed to impress parishioners who say their statue of St George
now looks horrendous.

The statue of San Jorge (Saint George) shows the armoured saint riding a
horse as he fights the dragon but it was too dull for the local priest, who
according to reports decided to ask a schoolteacher if she could take the
time to restore it.

The woman, named in local media simply as Carmen and who reportedly teaches
arts and crafts at a local school, was happy to help out and the result was
unveiled to the horror of locals this week.

Koldo Leoz, the Mayor of Estella, admitted that the “restoration has left a
lot to be desired as it is an artwork from the 16th Century and, if nothing
else, care should have been taken of the materials used for the
restoration.”

He said that the priest, named Jose Miguel, should have asked for permission
first from the city council and a specialist then would have been assigned
to oversee the work in cooperation with the regional government.

That did not happen and now the original statue, which had some faded
colours, has been completely covered by the new paint. 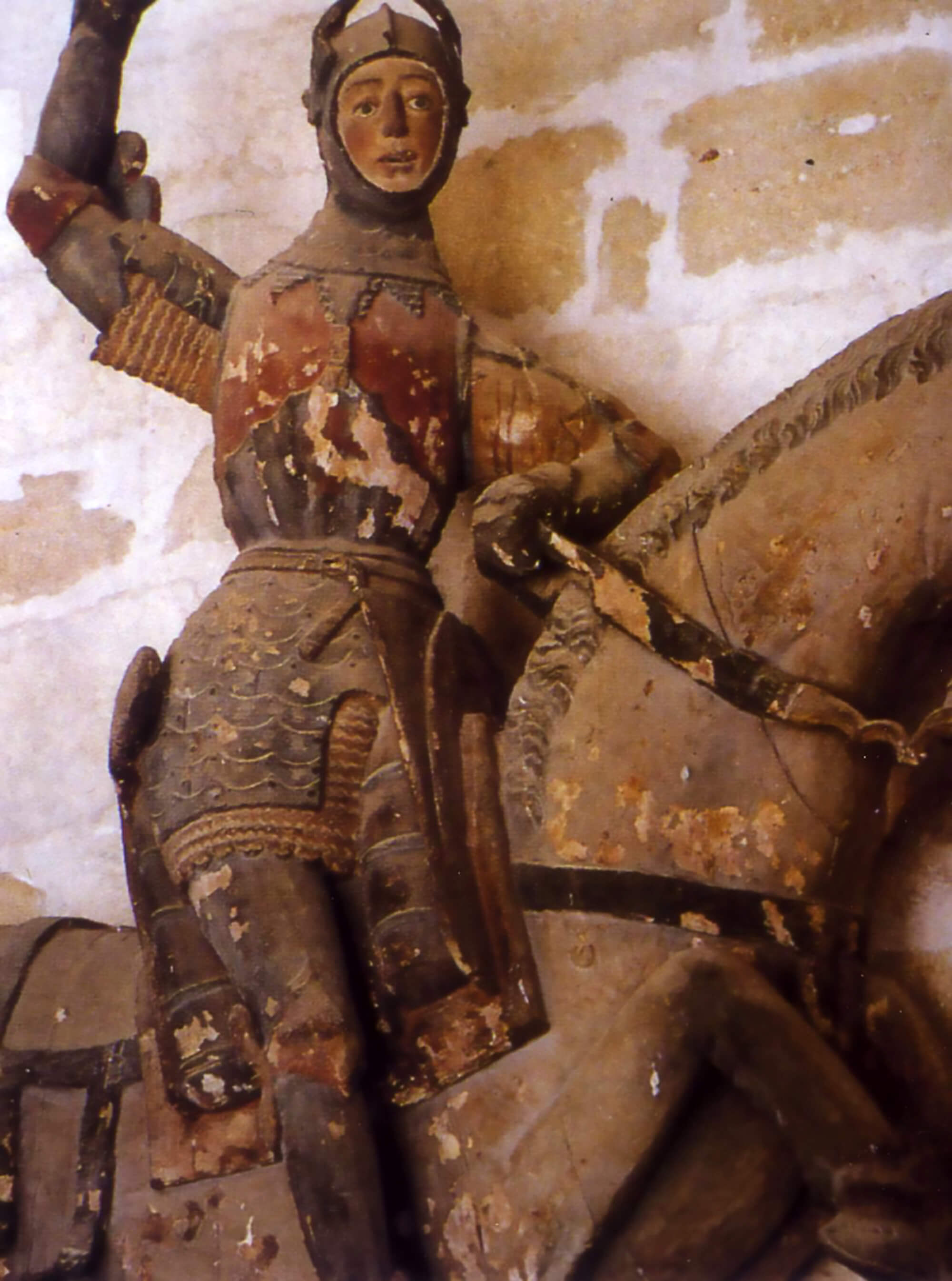 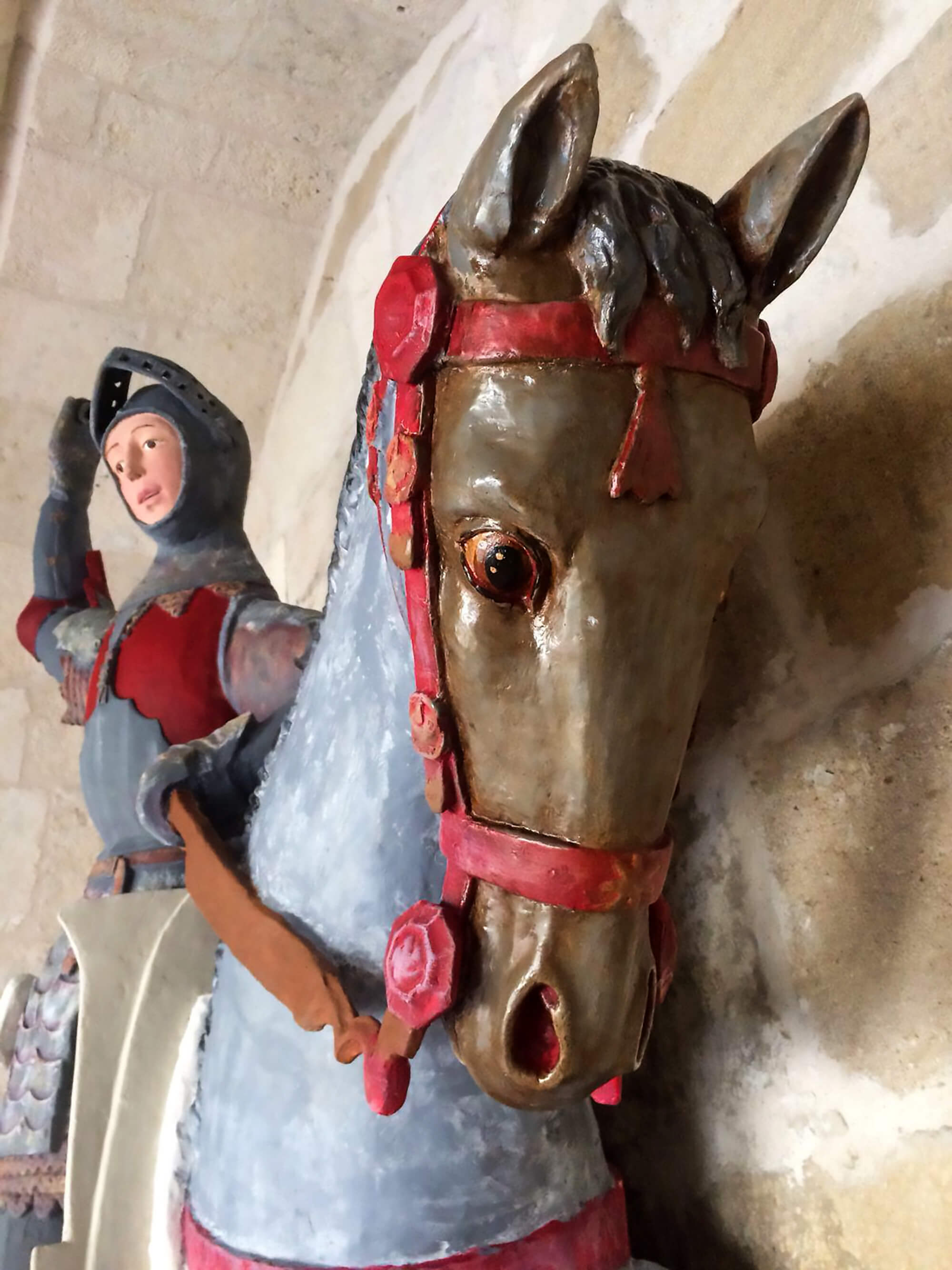 He said: “If they had involved us, our heritage department would have
liaised with the regional government and got advice over the best way of
handling the restoration.”

The mayor also complained that there was in general a “lack of control over
the Church’s heritage, that should be in the hands of public administration.”

He said that churches received money from the public and
that there was a need for greater control to ensure “something like this
never happens again.”

Carmen Usua, who works for art restoration company ArtUs, shared details of
the vandalism of the statue on social networks and claimed that “it looks
like a ‘ninot’ (a cardboard sculpture typical of the Fallas festival in Valencia).

She said the restoration had involved covering any cracks in the statue
using plaster and then painting it with a totally new colour scheme that
bore no resemblance to the original subtle colouring of the 16th-Century artist.

She added: “The livery of the horse was originally coloured silver with
subtle gold lines and although dirty, it was not lost and could have been
recovered with careful restoration. Instead everything has been covered in
red paint in an act of vandalism that defies belief.”

Miguel Zuza, a member of the Navarre Council of Culture, told local media
that “this statue had the typical characteristics of a gentleman of the 15th
or early 16th Century. Now it has been butchered and looks like a carousel
figure.”

The Archbishopric have reportedly said that the ‘restoration’ had not been
planned.

According to reports, the Association of Cultural Workers in Spain are to
sue “the culprits” over the ‘restored’ statue.