This is the scary moment panicked beach-goers scream after sighting a large
shark fin near the shoreline like a scene from ‘Jaws’. 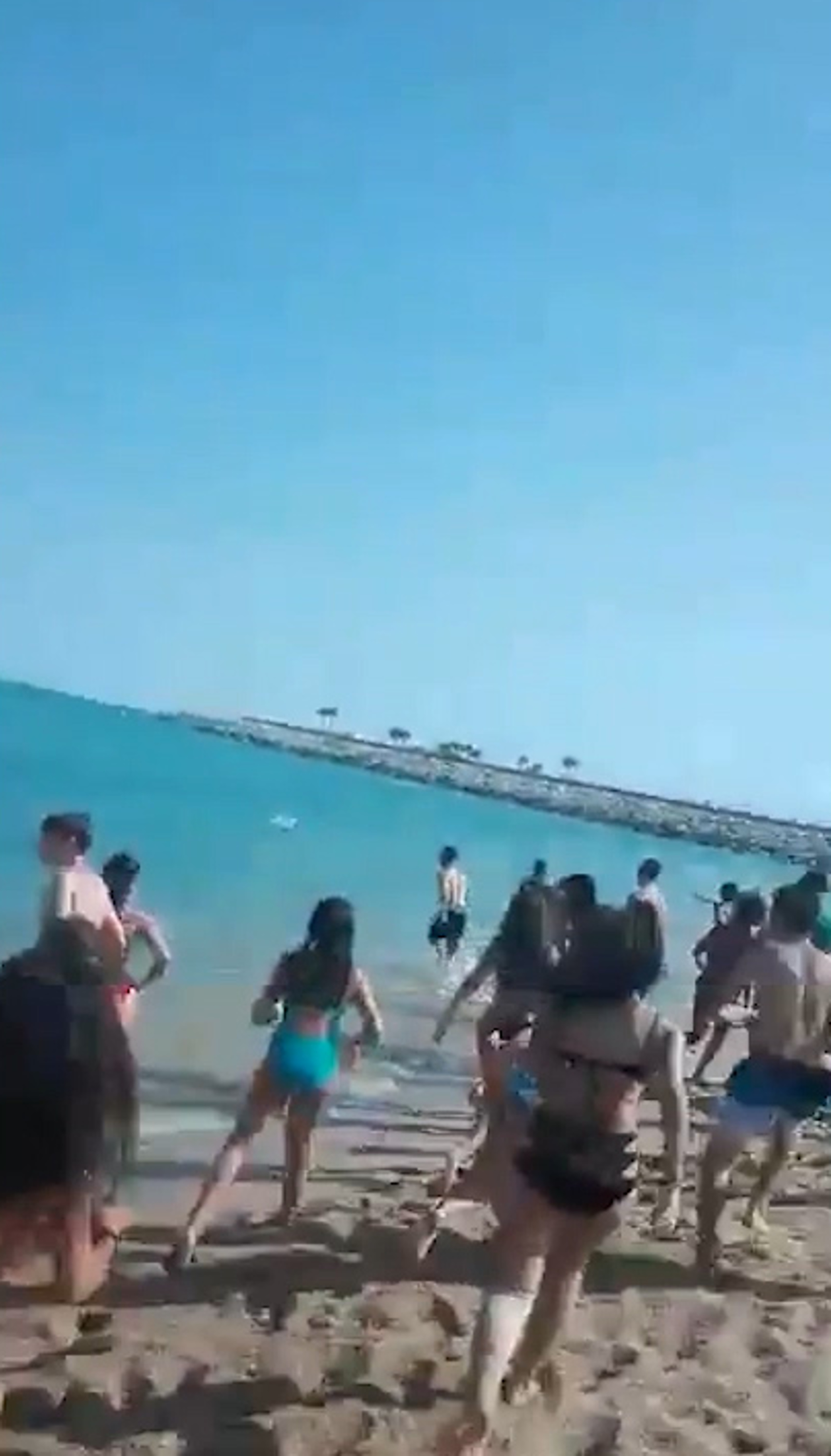 The incident took place in the coastal town of Mataro in Spain’s eastern
Catalonia region.

In a video being widely circulated on social media, frightened beachgoers
are seen running around and screaming, pointing to something in the crystal
blue water.

In what could be a deleted scene from Steven Spielberg’s 1975 classic
‘Jaws’, terrified visitors to Varador Beach are stunned to see a shark fin
appear from the water close to the shoreline.

According to local media, the beach was cleared in seconds.

Emergency services and Red Cross personnel arrived on the scene while a
rescue boat searched the area, however there was no trace of the shark.

Local authorities believe that it may have been a blue shark (Prionace
glauca) although they have not ruled out the possibility that it also could
have been a dolphin.

Some Spanish regions have seen an increase in shark sightings, which
environmentalists say is attributable to warming sea temperatures.

In 2015, a tourist was attacked by a shark while swimming off the coast of
popular holiday destination Gran Canaria.

The 38-year-old woman received injuries to her arm after the terrifying
encounter with what experts believe was a silky shark (Carcharhinus
falciformis).

Afterwards, she wrote on social media: “Today I had a face-to-face meeting
with a shark. The things that happen when you go swimming in the Canaries!”